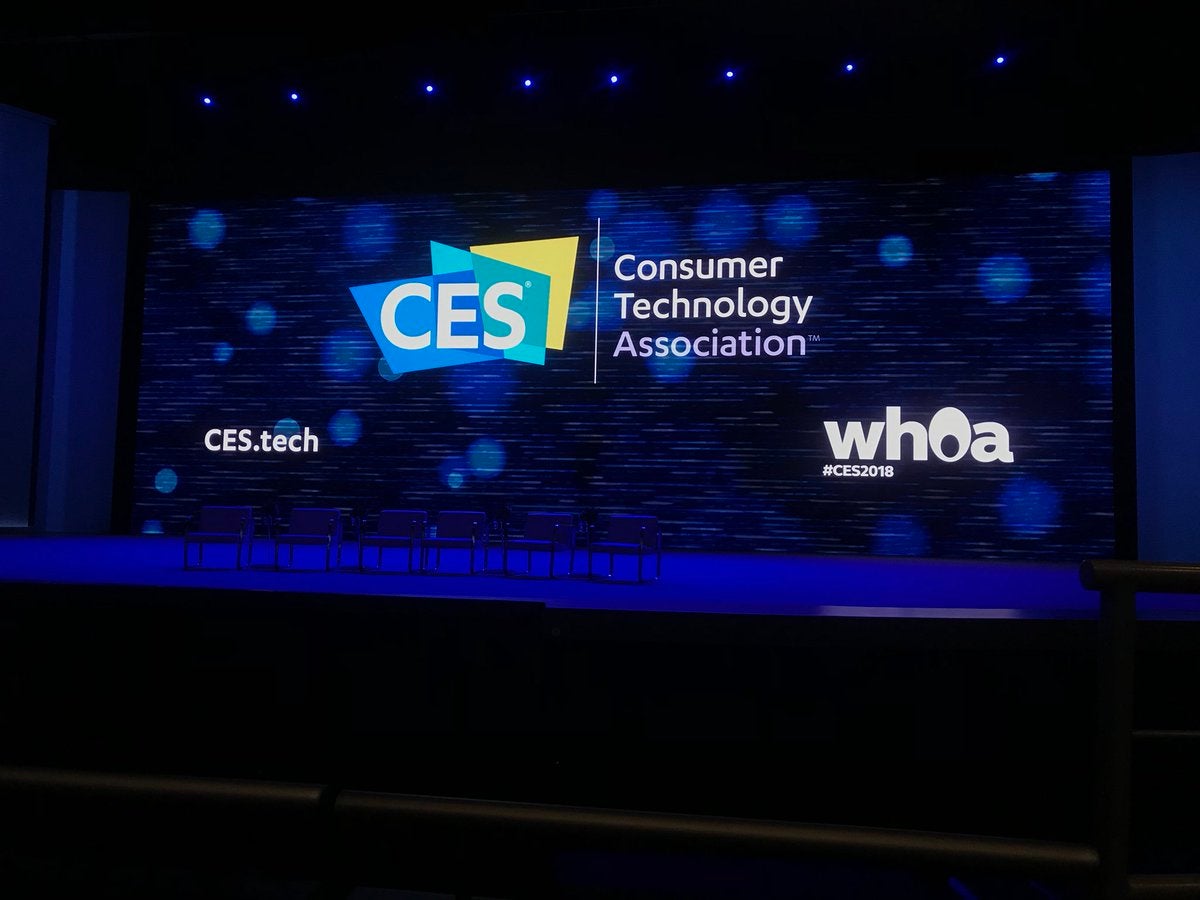 The annual Consumer Electronics Show in Las Vegas experienced one of the least expected occurrences in the tech convention’s history — a power outage.

According to a statement from CES organizers, power went out at around 11:15 in the morning on Jan. 10. Affected areas included the Central and South Hall bridge meeting rooms of the Las Vegas Convention Center.

Authorities were able to restore power within minutes of the report. Their initial investigation pointed to condensation caused by recent heavy rainfall which affected a transformer.

During the brief power outage, tweets about the event started trending with the hashtag #CESBlackout. Some poked fun at the ironic loss of power in a gadget show.

This would be me at every booth when the power went out. #CESBLACKOUT pic.twitter.com/osdZBfz1nQ

Even tech giant Intel joined in on the fun. 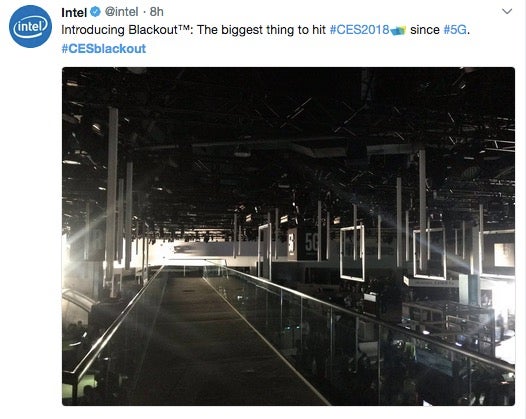 Meanwhile, Canon capitalized on the opportunity to demonstrate their camera’s low-light shooting capability.

The #CESblackout has nothing on the ME20F-SH that features a 35mm full frame CMOS sensor with an equivalent sensitivity in excess of 4,000,000 ISO, enabling us to capture video in near darkness. #CES2018 #VisionariesWelcome pic.twitter.com/asRcGVHu3b

Others pointed at the irony of people being outraged at the loss of power in a convention center while people in Puerto Rico continued to live without electricity for four months and counting. 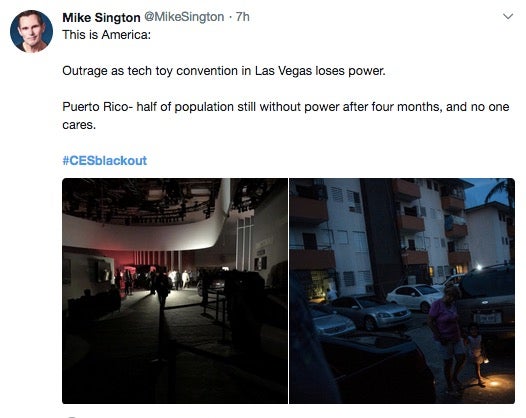 In those few moments of darkness, the title of most popular gadget may have fallen on the humble flashlight. 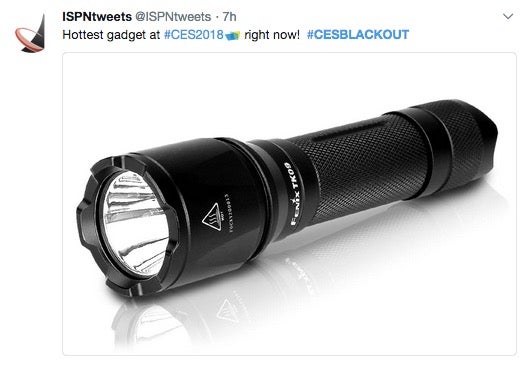 No matter what, the Energizer bunny just kept on going. JB 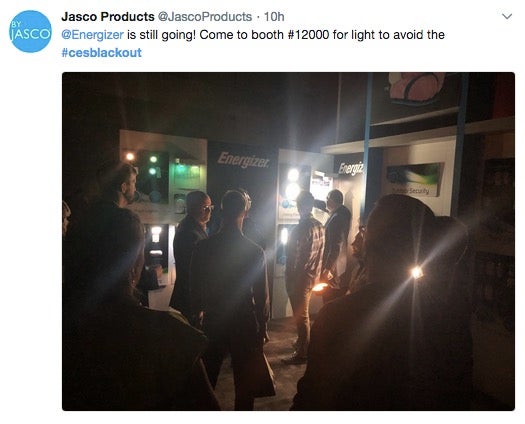