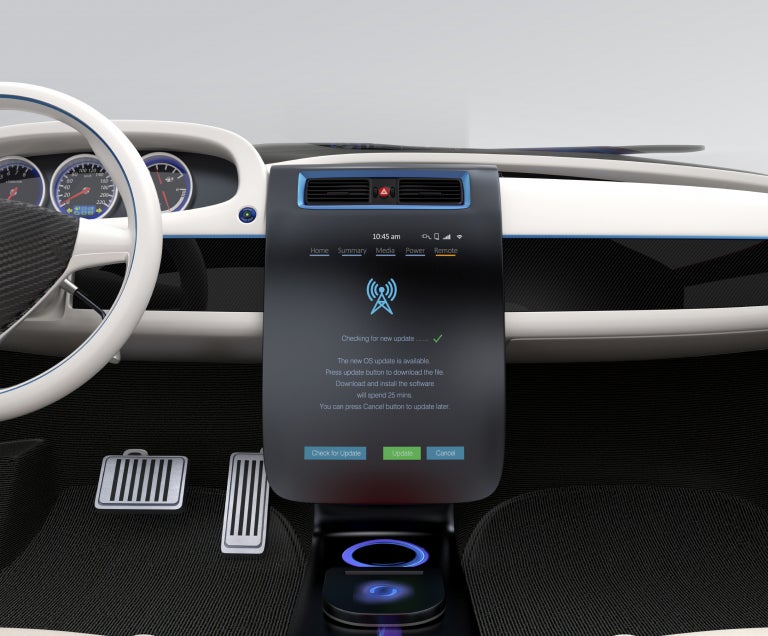 For now, autonomous shuttles and taxis testing the technology on the public roads must have an operator who can immediately take control of the vehicle. Image: Chesky_W/Istock.com

Autonomous driving is generating talk at this year’s Detroit Auto Show after being a star at last week’s Consumer Electronics Show in Las Vegas.

The technology has generated plenty of excitement, but still faces myriad questions before it can be widely adopted.

Where does the technology stand?

Hundreds of fully autonomous cars have been built and put on roads in various countries around the world, but these vehicles are not for sale to the general public. Rather, carmakers and other companies developing the technology are testing these vehicles at low speeds in restricted areas.

Some carmakers, especially higher-end brands including Audi, Mercedes, Tesla and Volvo, have installed autonomous features in a limited way to cars now on the market.

Some cars can park themselves or permit the driver to take his or her hands off the steering wheel under certain, narrowly-defined conditions, such as during a traffic jam or riding on the highway.

Models have installed autonomous braking systems and computer programs to maintain a safe distance from other cars, as well as to change lanes and pass other cars.

How does autonomous driving function?

“There must be less than one in a billion chance of a mistake,” he added.

But technologists face numerous complexities on roads — especially in urban settings, where there is a constant and unpredictable throng of pedestrians, bicycles and other vehicles. Snow and other bad weather can also pose difficulties for sensors.

The industry is still far from a solving all the riddles that would allow people “to legally watch a movie” in a fully autonomous car, said Rebecca Lindland, senior analyst at Kelley Blue Book.

“I think we’re just a long way off from really having that in any widespread application,” she said.

Where do regulators stand on autonomous cars?

The Vienna Convention on Road Traffic, an international treaty, requires the driver to always maintain control of his vehicle. But the agreement has been amended to permit testing of autonomous vehicles.

For now, autonomous shuttles and taxis testing the technology on the public roads must have an operator who can immediately take control of the vehicle. But regulators are expected to permit more exemptions in the near-future, especially for “clearly defined tests over a carefully-prescribed geographic area,” Devauchelle said.

General Motors unveiled Friday an autonomous car model with no steering wheel or pedals and said it was seeking approval from US regulators to test the vehicle as part of its strategy to introduce the cars to US roads in 2019.

How fast will it grow?

Autonomous features in cars sold at retail are limited at this point only to some luxury vehicles, but are expected to gradually become more widely adopted.

Shuttles and robotic taxis are also still very niche, but will grow strongly in 2018, analysts said. Much more wide adoption by taxis or ride-sharing companies like Uber or Lyft could become a big market in major cities such as Paris, New York City or mega-cities in Asia and is not seen as being that far off.

Autonomous technology could also be adopted for postal deliveries and in public transport.

The auto industry is preparing for autonomous driving to become a significant puzzle piece in the 2020s.

How will insurers treat autonomous vehicles?

In some ways, the insurance of autonomous vehicles is fairly straightforward, said Francois Nedey, a member of the executive committee at Allianz France. In the case of a claim against a shuttle, the operator is responsible, although he could also take action against a manufacturer if the vehicle is defective.

With cars, the driver is considered responsible, but an insurer could go after the manufacturer if an autonomous vehicle is dysfunctional.

As autonomous cars become more widespread, “we will need to modify the rules” so that the “vehicle is considered responsible by default,” Nedey said. AB