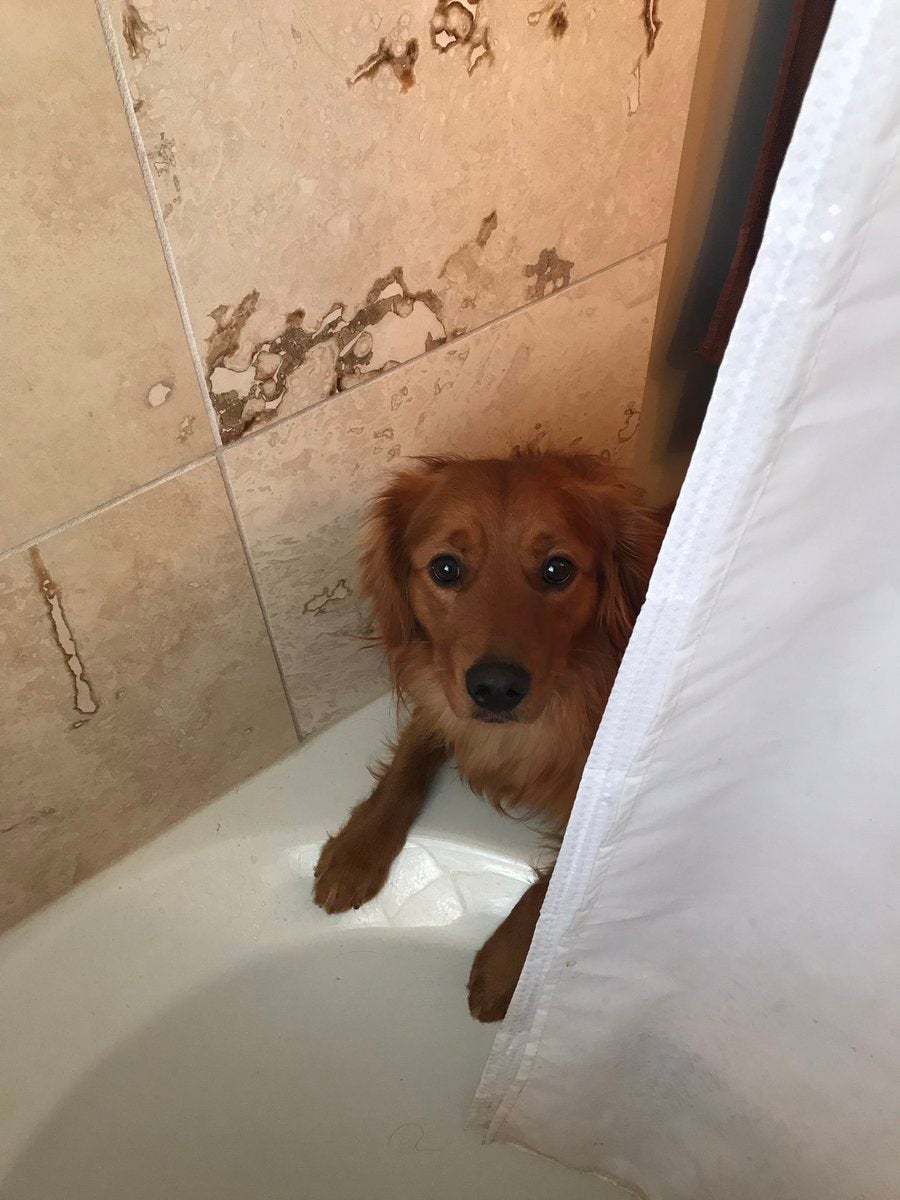 A dog owner netizen recently posted in Twitter about his pet’s unusual behavior: the dog would appear troubled and stare at him for at least ten minutes while he took a bath.

Twitter user @rudeweaver’s dog Clark, a Goldendoodle with some golden retriever blood, would regularly stare at him as if with pity, whenever he showered. At times, Clark would leave then return with its toy, dropping it in the bath, possibly hoping it would make @rudeweaver feel better. 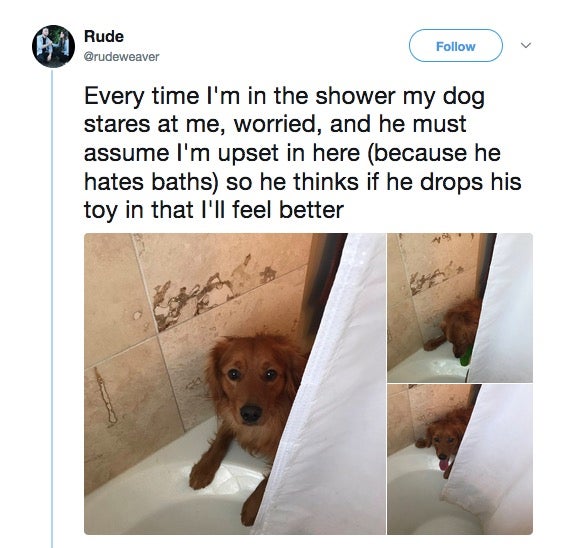 Dogs have been known to empathize with humans, hence some of them even get work as therapy dogs to give emotional support for people.

Clark may have been viewing @rudeweaver’s bath time as an uncomfortable activity because Clark doesn’t like baths.

What may seem like cute behavior for us humans might actually be pity from Clark’s point of view. When a dog starts sharing his toys, that has to mean something.

Twitter user @rudeweaver also said Clark seemed upset whenever he threw the toy away, as if to play fetch.

Whatever Clark’s feelings may be, netizens and fellow pet owners have taken a liking to the concerned dog.

One netizen wondered how Clark could get in the bath. It turns out @rudeweaver and his family leave the bath door slightly open, so Clark could check up on them, and since that appears to comfort the dog.

It may take time for Clark to understand that humans like bathing. In the meantime, his owners could simply enjoy their dog’s cuteness. JB