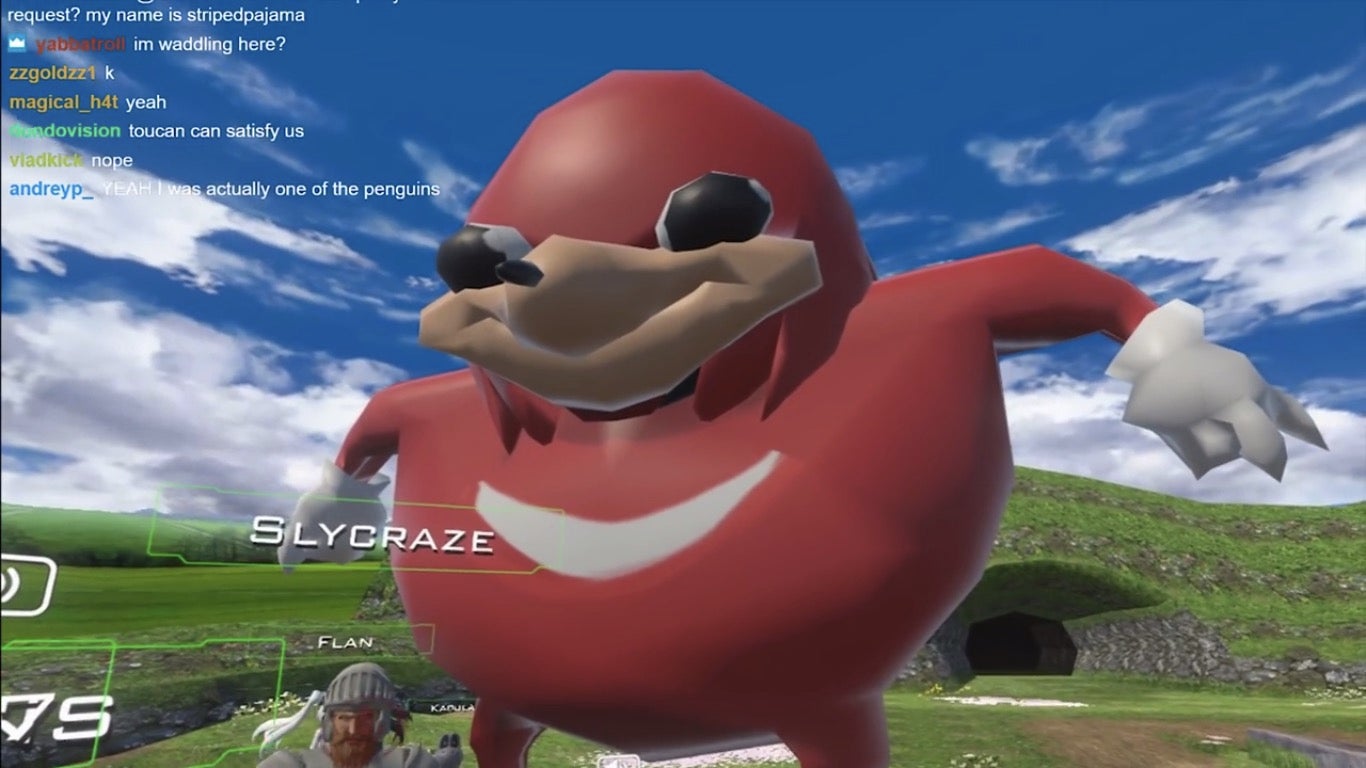 Hordes of “Ugandan Knuckles” avatars have recently been taking virtual chat rooms by storm. People are either laughing or just get seriously annoyed.

The world of VRChat, a social platform for HTC Vive and Oculus Rift owners, has seen multiple users donning avatars referred to as Ugandan Knuckles. They go around in groups asking other VR chatters questions such as “Brudda, do you know the way?” while mimicking a heavy Ugandan accent.

They also “spit,” make clicking sounds and run around announcing an intent to “rescue their queen.”

According to Polygon, Ugandan Knuckles users do this for no other reason than to annoy. For some, it may look harmless, but other users see the racist aspect.

The Ugandan Knuckles 3D model, created by DeviantArt user Tidiestfluer, had been inspired by a caricature of the character Knuckles from the game series “Sonic The Hedgehog.” The caricature itself first appeared on a “Sonic Lost World” game review by YouTuber Gregzilla. 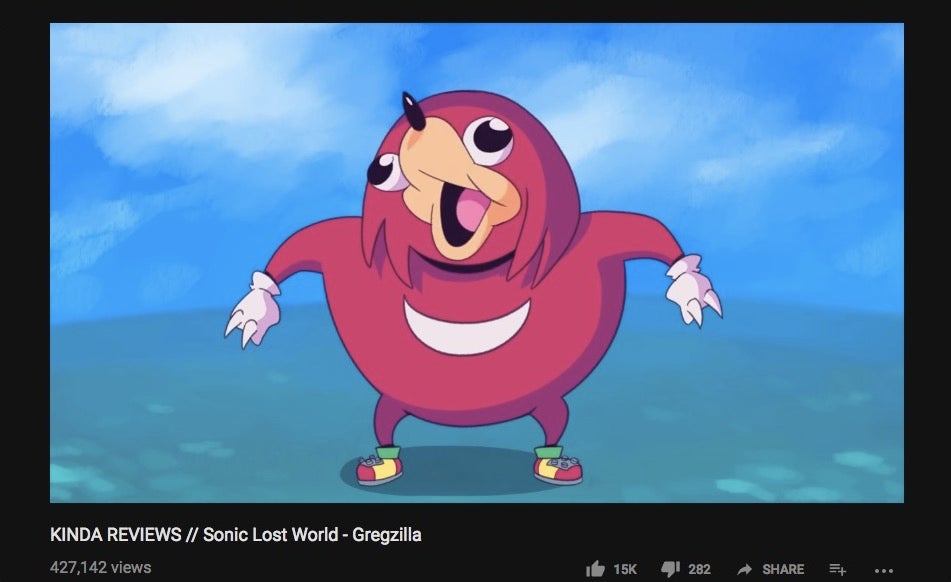 Most users tend to use smaller versions of the Ugandan Knuckles avatars. This tend to make their activities all the more annoying to other VRChat users, especially when they congregate in large groups. Some VRChat users have opted to block interaction with Ugandan Knuckles, if any are seen in a public chat room. 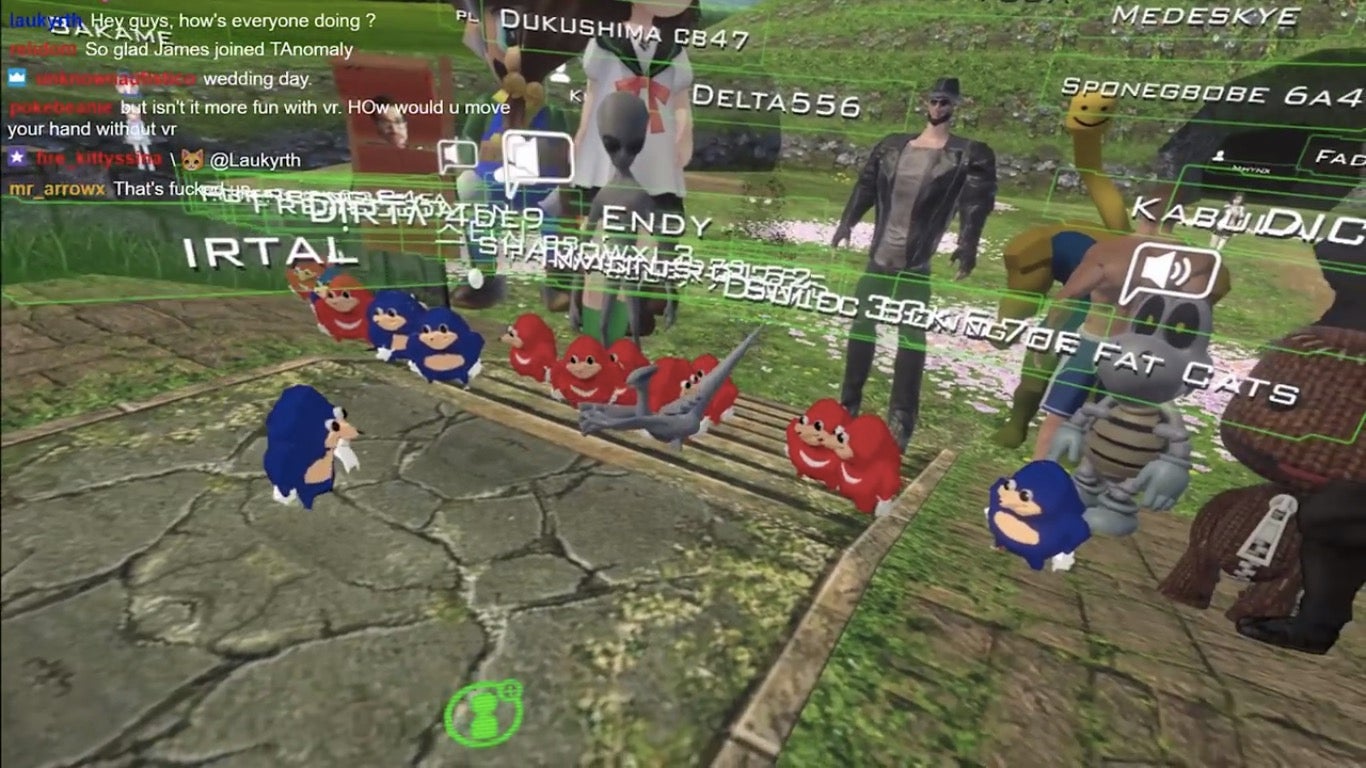 For now, the Ugandan Knuckles meme appears to be going strong. But memes generally have a short shelf life and it may be only a matter of time until VR chatters move on to the next hilarious and annoying bandwagon.

Check out the clip below for one of the Ugandan Knuckles videos. Alfred Bayle/JB