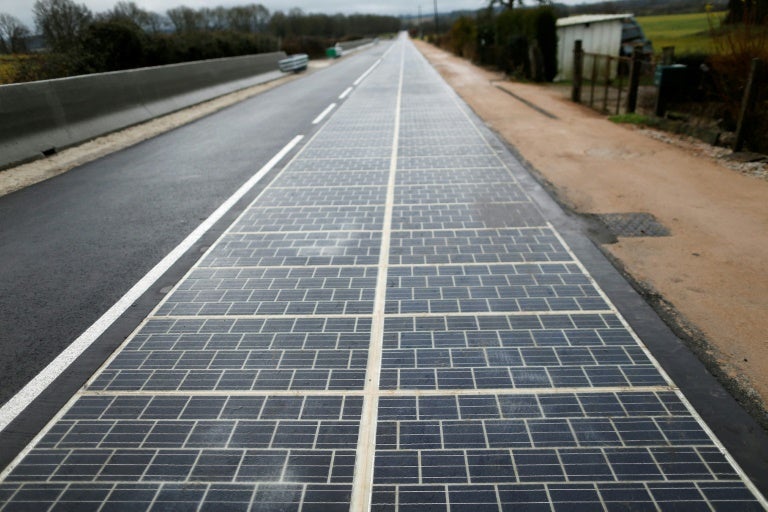 After a dip in 2016, overall global investment in the sector rose 3.0 percent to a total $333.5 billion, offsetting falls in Japan, Germany and Britain, according to the Bloomberg New Energy Finance (BNEF) study.

“The 2017 total is all the more remarkable when you consider that capital costs for the leading technology -– solar -– continue to fall sharply,” said BNEF chief executive Jon Moore.

Solar investment came in at $160.8 billion in 2017, a rise of 18 percent despite per megawatt capital costs falling by around a quarter, with China accounting for around half the overall total at $86.5 billion — up 24 percent, the study said.

“China installed about 20 GW more solar capacity in 2017 than we forecast,” said Justin Wu, BNEF head of the Asia-Pacific region, as the Chinese notably showed off the world’s first photovoltaic expressway.

Investment in wind power slipped back 12 percent last year, however, to $107.2 billion after a strong rise in 2016.

Solar and wind power remain far out in front in terms of renewable energy forms ahead of the likes of biomass, geothermal and small scale hydroelectricity which each attracted less than $5 billion last year.

Well behind China, the United States landed investments of $56.9 billion — a rise even so of 1.0 percent despite an unfavourable political climate with President Donald Trump sceptical of climate change and withdrawing his country from the Paris climate agreement.

The study highlighted what it termed Washington’s “less friendly tone towards renewables.”

A handful of countries saw investments more than double, including Sweden to $4 billion and Australia to $9 billion.

Egypt saw a 495 percent increase to $2.6 billion while investment in the United Arab Emirates enjoyed a dizzying 23-fold rise to $2.2 billion.

Europe saw a notable decline in renewables investment to $57.4 billion, the fall-off hitting 26 percent in Germany and 56 percent for the United Kingdom on energy policy changes