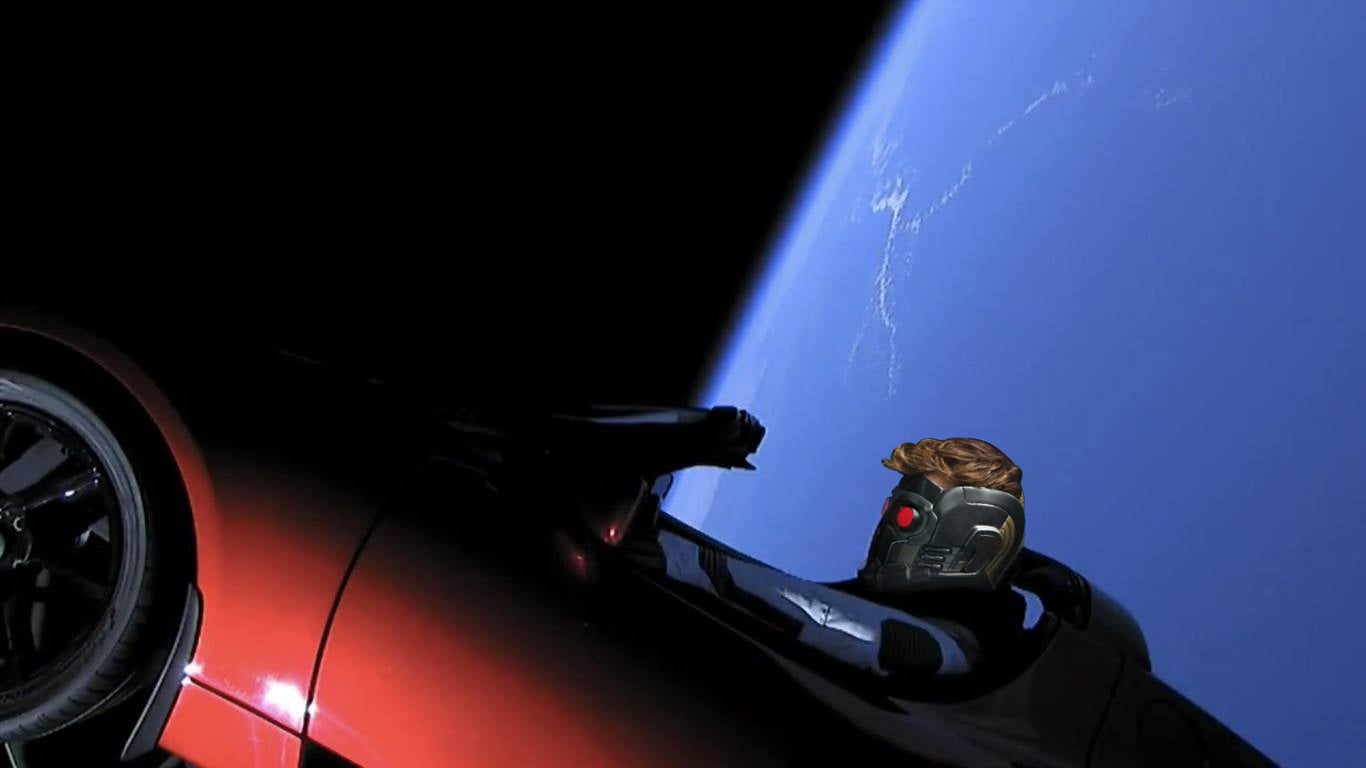 “Starman” on his way to Mars and beyond  (Image: INQUIRER.net)

When US aerospace manufacturer SpaceX announced that it would send a Tesla Roadster into space, people chuckled at the absurdity. Now that the electric car has gone into space, people still laugh and snicker because now there’s something new to play with.

Footage streamed from cameras on board the space Roadster also showed the mannequin dubbed “Starman” sitting on the driver’s seat and wearing a fully functional SpaceX spacesuit. This gave netizens enough material to generate new memes. 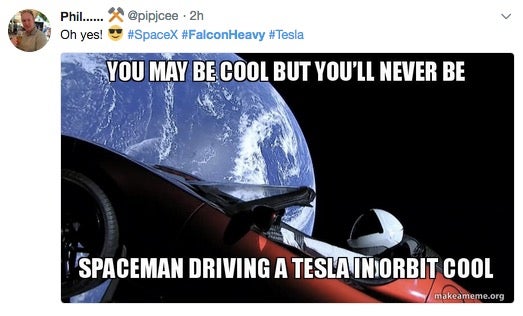 Elon Musk is now the guy to beat for “hold my beer.” 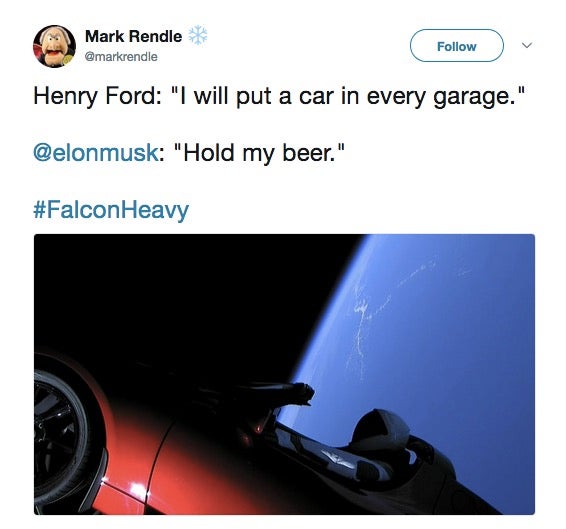 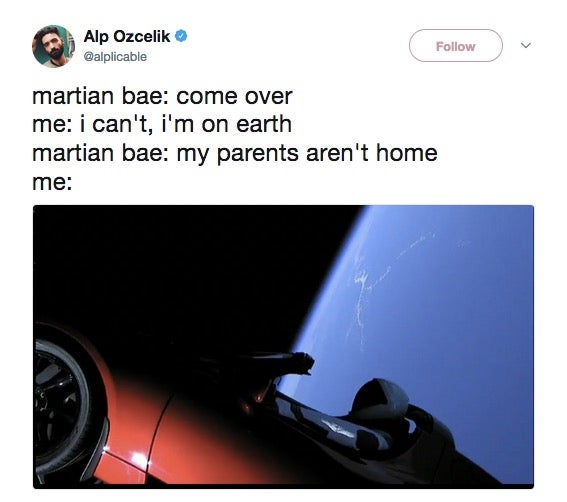 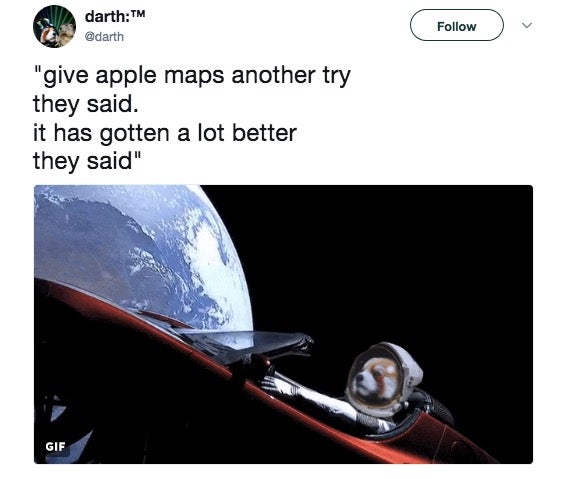 There might be some delay for one of the deliveries. 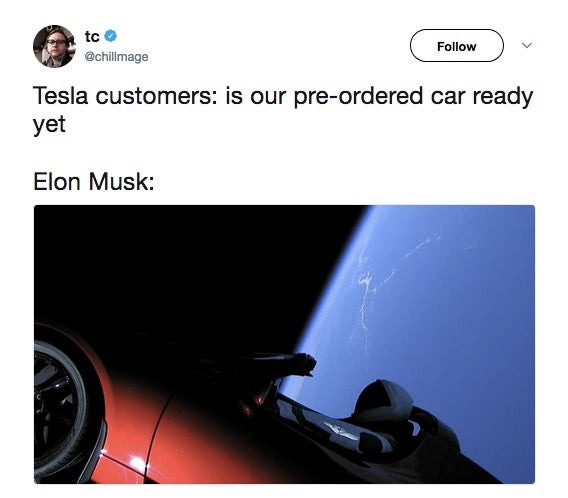 Meanwhile, it turns out the rocket worked too well and overshot the pre-determined orbit. SpaceX projects the new orbit will take the roadster into the asteroid belt between Mars and Jupiter. 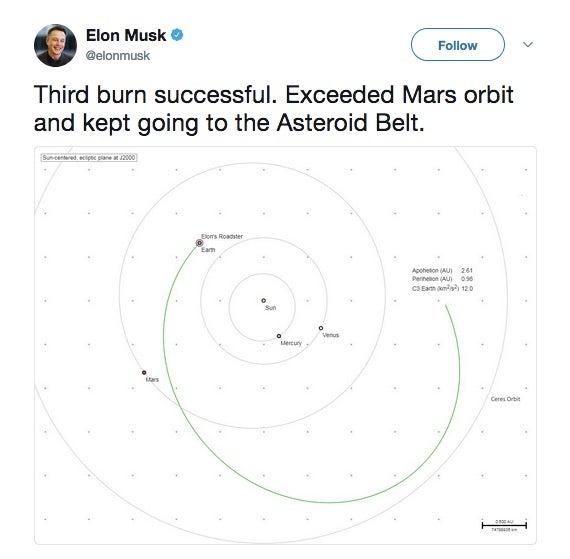 The company said the previous orbit between Earth and Mars would last a billion years. With space rocks getting in Starman’s way, he may need to learn some defensive driving in the years to come.  /ra