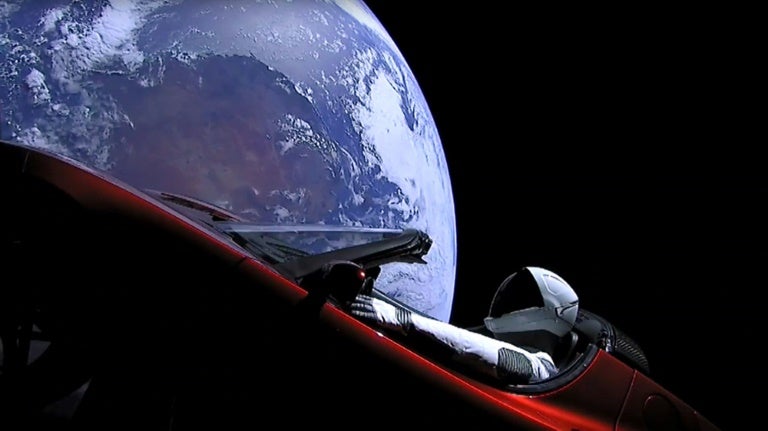 Starman on its way to see the solar system. Image: Flickr/SpaceX

Elon Musk’s Tesla Roadster in space may be out of range for photos but its relative location can still be tracked through a website created precisely for that purpose.

A website called whereisroadster.com provides real-time updates on the Roadster and passenger Starman’s current distance from the Earth.

The site also features a simple video on the chart section predicting the Roadster’s path and location relative to the date. By July, the Roadster should pass by Mars’ orbit and make its way into the asteroid belt. If Starman drives carefully and avoids asteroid collisions, the Roadster would pass by Mar’s orbit again by March 2019. 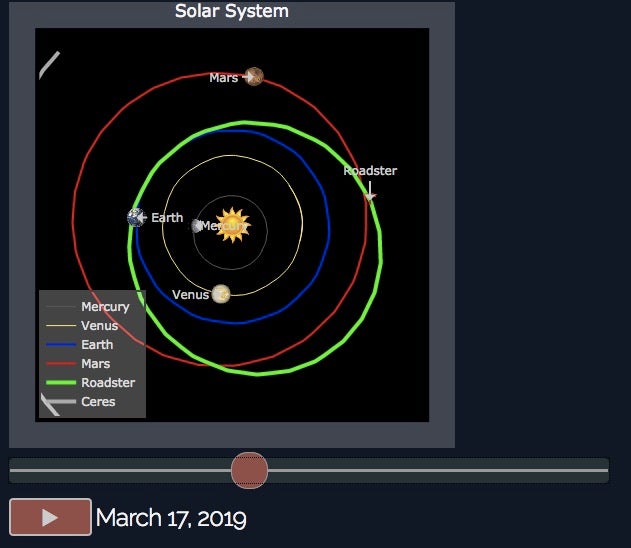 That’s one whole year of defensive driving. Or maybe Starman would be safe after all.

Website creator Ben Pearson calculated differently based on the data he gathered from NASA’s Jet Propulsion Labs’ Horizons system. According to Pearson, the Roadster would pass Mars’ orbit but not quite go into the Asteroid belt as Elon Musk announced earlier.

Despite the slight data discrepancies, Pearson remains a Musk fan. He said in an interview with The Verge, “I like that he’s willing to take risks and do cool stuff that people just keep saying it’s not possible and he figures out a way to make it possible.” JB

WATCH: Elon Musk flips out as Falcon Heavy soars into the sky