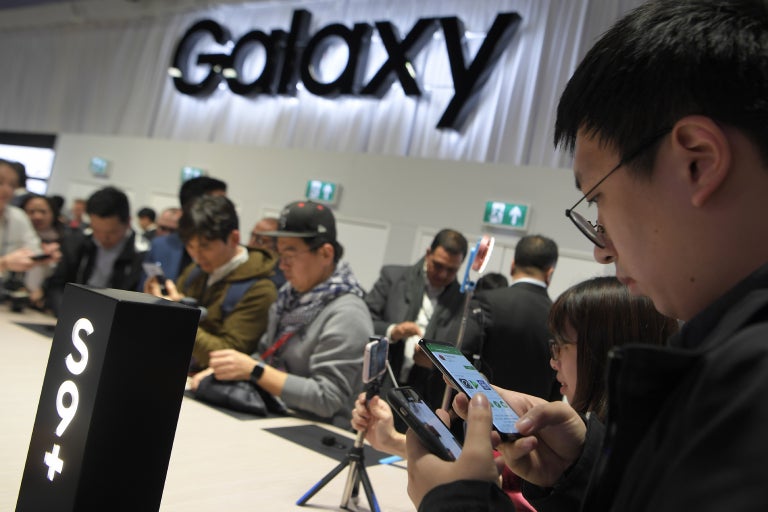 With “near-religious” fervor, mobile phone industry players gathered this week at their annual trade fair in Barcelona are vaunting their positive impact on the world even if they are also timidly starting to address fears over the dark side of new technology.

While not new, the idea that smartphones can contribute to a better future is a powerful marketing tool in a sector that is currently losing steam, with a drop in sales in the last quarter of 2017, experts say.

“Skilfully working on this near-religious angle allows them to continue to grow the market despite innovations that aren’t very impressive,” said Mouloud Dey, director of innovation at consultants SAS.

So it is that a moderator at the Mobile World Congress (MWC) in the Spanish seaside city exclaimed: “We have 18 minutes to change the world so let’s get to it.”

In the congress hall, giant screens broadcast slogan after slogan touching on this year’s theme — “Creating a better future” — accompanied by dramatic music.

“We’re either asleep or connected,” read one slogan, part of an onslaught of PR tinted with messianism — a term defined as “the belief in a leader, cause, or ideology as a savior or deliverer.”

Samsung products “revolutionize the way you live, with a mobile device at the center of your connected life,” enthused one of the South Korean giant’s executives, Eui-Suk Chung, at the presentation of a new model.

They “are radically transforming our lives, and they are just the tip of the iceberg.”

At the grand presentation, orators strolled on stage in casual clothes against a black backdrop to cheers from the audience — a classic in the sector inspired by famous speeches by Apple founder Steve Jobs.

Dey said Jobs’s “keynotes” have been likened to a religious high mass — an example of “emotional marketing that calls on our deepest feelings to develop a feeling of attachment to the brand.”

French philosopher Jean-Michel Besnier said the fact that “telephone vendors invoke religion is not very surprising, because religion is what binds people beyond time and space.”

The mobile phone sector has long used “technology evangelists” to build support for any given brand.

“My job description was to protect and preserve the Macintosh cult by doing whatever I had to do,” wrote on his LinkedIn profile one of the pioneers in this domain, Guy Kawasaki, a former Apple employee.

But Besnier thinks it goes beyond marketing.

“They believe in what they say,” he said.

“There’s a community culture in this environment, with religious features: an empathy towards those who belong, the feeling of being on a mission.”

What of security fears?

Barcelona’s MWC is full of examples of how smartphones can help, from keeping an eye on ageing loved ones to losing weight without dieting.

But there is a black cloud hanging over promises of doing ever more good.

And this criticism is slowly starting to sink in.

For the first time this year, a conference at the MWC questioned whether AI was ethical.

“Technology is not given, it’s shaped by human choice, and yet human is not really taken into account when we think about the relations between technology and society,” said Clara Neppel, who heads up a project aiming to make technology experts liaise with the rest of society.

“It may be a surprise to you at this event to be hearing this short talk from a philosopher but it is precisely as we develop new technologies that we need considerable debate,” added Paula Boddington, a researcher at Oxford University.

“We must make sure that AI does not rip us from responsibility, make sure it’s an opportunity, not a threat.” AB

In China’s eSport schools students learn it pays to play