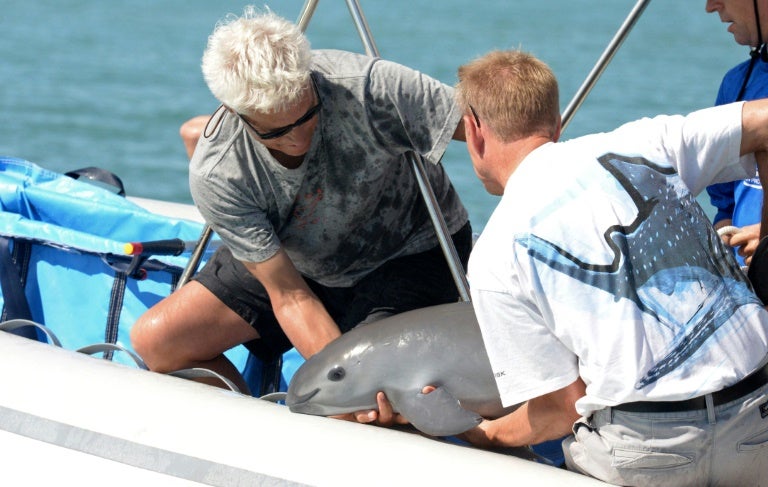 Armed Mexican navy and federal police officers have begun riding aboard patrol boats operated by US environmental group Sea Shepherd in a bid to save the critically endangered vaquita marina porpoise, the group said Wednesday.

Researchers estimate there are only 30 remaining vaquita, the world’s smallest porpoise, an animal known as the “panda of the sea” for the distinctive circles around its eyes.

Seeking to protect them, Sea Shepherd patrols their native habitat in the Gulf of California — an operation that will now be joined by the Mexican navy and police, the group said in a statement.

“This new facet of the government partnership comes at a time where tensions are rising in the upper Gulf of California. Poachers have become more aggressive towards Sea Shepherd vessels, using firearms to shoot down (surveillance) drones and incendiary objects to intimidate the crew,” it said.

The 12 officers, who will ride aboard two Sea Shepherd vessels, will have the power to make arrests and crack down on poaching in the vaquita’s protected reserve, it said.

The vaquita has been nearly wiped out by gillnets used to fish for another species, the also endangered totoaba fish, whose swim bladder is considered a delicacy in China and can fetch as much as $20,000 per kilogram.

Last year the Mexican government launched a plan to save the vaquita by rounding them up with the help of trained dolphins and relocating them to a protected enclosure.

However, the program was aborted when one of the first captured vaquitas died in captivity. AB

21 dolphins die after washing up on Mexico beach