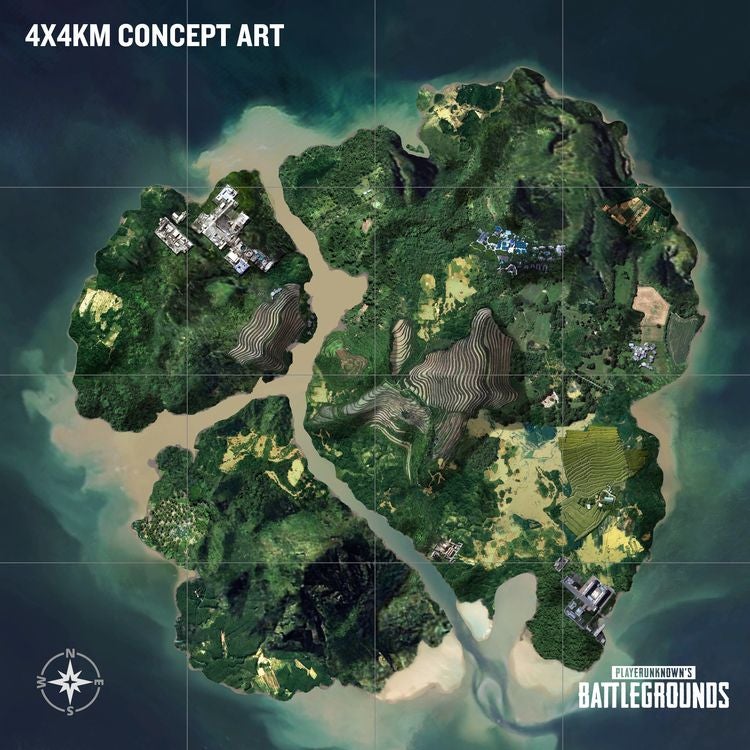 As “H1Z1” went from retail to free-to-play and “Fortnite: Battle Royale” announced plans for iOS and Android editions, the battle royale genre’s current defining title “PlayerUnknown’s Battlegrounds” or “PUBG”, set out some of its goals for 2018.

Two new environments were announced for 2018, with smaller 4x4km island design intended to deliver “a much more intense and fast-paced” experience, to go live on a new Experimental Test Server in April.

Another map sticks to the 8x8km standard and while no date was provided, creative director Brendan Greene (the titular PlayerUnknown) said he and his team likewise “want to get this into your hands early in its development” in a news post to the PUBG website PlayBattlegrounds.

Also coming to test servers are a new Emote System, some “new and interesting Game Modes” (which could be interpreted as a nod to the frequent limited time modes of “Fortnite: Battle Royale”), new vehicles in the first half of 2018 as well as new weapons and weapon attachments.

Likewise mentioned by name were improvements to vehicle and player movement sounds, anti-cheat protection and server stability, provision for custom games, and a 3D replay system intended to underpin eSports aspirations, plus a PUBG Developer Portal that appears to expand on Greene’s aspirations to make “PUBG” not just a game but a platform for a range of game types.

“PlayerUnknown’s Battlegrounds” launched in March 2017 as an iteration on the last-person-standing battle royale concept that had gained momentum, in part through Greene’s own work as a fan and then as a consultant on 2015’s “H1Z1”.

By August 2017 it was the most-played game on the PC gaming network Steam, according to concurrent player numbers, overtaking even “Dota 2” and “Counter-Strike: Global Offensive” developed by Steam operator Valve Corp.

In December, it launched on Xbox One, and by February 2018, its Chinese distribution partner Tencent was overseeing the release of not one but two official Chinese-language mobile phone adaptations for iOS and Android. JB