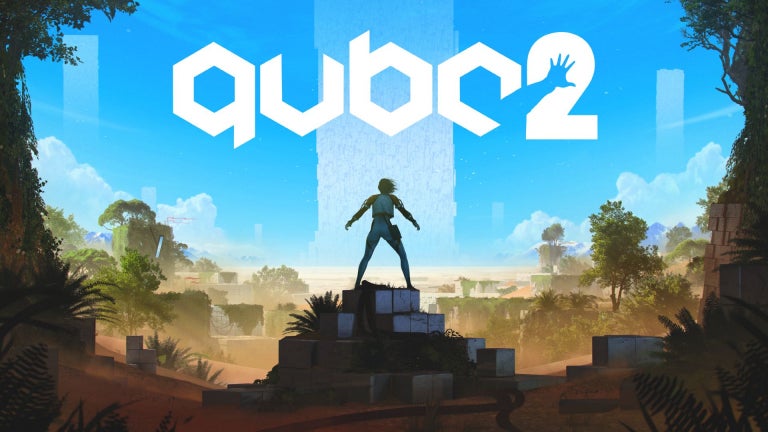 Both “Burnout Paradise” and the “Devil May Cry Collection” are re-released, off-world puzzler “Q.U.B.E. 2” and sci-fi colony manager “Surviving Mars” touch down, and “Kirby Star Allies” plays with the platform game formula, while “The Council” promises to make social currency part of story-led adventure, and “Golem” flies the flag for PlayStation VR.

Q.U.B.E. 2
For PlayStation 4, Xbox One, Windows PC
From March 13
British archaeologist Amelia Cross becomes an interplanetary explorer when she wakes up on an alien planet. There’s someone else, Emma, and they both have to solve a bunch of beautifully-presented cuboid puzzles in order to get out. The original 2011 “QUBE” was an impressive debut, hence the anticipation for this more ambitious sequel.

The Council: Episode One – The Mad Ones
For PlayStation 4, Xbox One, Windows PC
From March 13
This episodic narrative adventure sees a young novitiate get mixed up with an 18th century secret society whose members include Napoleon Bonaparte and George Washington, as he tries to track down his missing mother on a remote island.

Devil May Cry HD Collection
For PlayStation 4, Xbox One, Windows PC
From March 13
Previously re-released for the PlayStation 3 and Xbox 360 in 2012, this frantic hack and slash trilogy now boasts 60 frames per second throughout the three demon-slaying adventures. The original Devil May Cry is free to Amazon’s Twitch Prime members from March 6 to April 3, 2018.

Golem
For PSVR on PlayStation 4
From March 13
As the first title from Highwire Games, some of whose founders included staff from “Halo” and “Destiny” franchise studio Bungie, this VR title is all about exploring an injured boy’s world through a series of increasingly imposing stone avatars.

Burnout Paradise Remastered
For PlayStation 4, Xbox One (PC TBA)
From March 16
Ten years old in January, the carefree festival of open-world speed and destruction is back for a second outing, with eight-person multiplayer retained and all eight main post-launch add-ons included, from Big Surf Island to Bikes and Cops & Robbers.

Kirby Star Allies
For Nintendo Switch
From March 16
Bouncy pink puff Kirby sets off with a handful of new friends, won over by Kirby’s throwing hearts, and make the best of borrowed abilities such as ice curling, bridge building and rock demolition, in a quest to save Dream Land once again. JB

ADVERTISEMENT
TOPICS: Nintendo Switch, PC gaming, Playstation 4, video game, Xbox One
Read Next
‘PUBG’ unfurls 2018 roadmap: New maps, modes, emotes
EDITORS' PICK
Mandaluyong fire put under control hours after it started
Leveling up your ‘lutong bahay’ with the kitchen companion you never knew you needed
Bato de la Rosa, Risa Hontiveros back bill increasing female recruitment quota in PNP
Quarantine violations still punishable despite deleted provisions in ‘Bayanihan 2’ – Bato dela Rosa
Someone from the Philippines can become $356 Million richer this Tuesday
Cherry Mobile teams up with Cloud Panda PH, launches online store
MOST READ
‘If I had not been SolGen, I will make you eat your words,’ Calida tells Coco Martin
51 percent of German firms holding back investments in PH, but not because of COVID-19
5 car dealership outlets shutting down
Senate OKs bill authorizing president to postpone opening of classes beyond August
Don't miss out on the latest news and information.