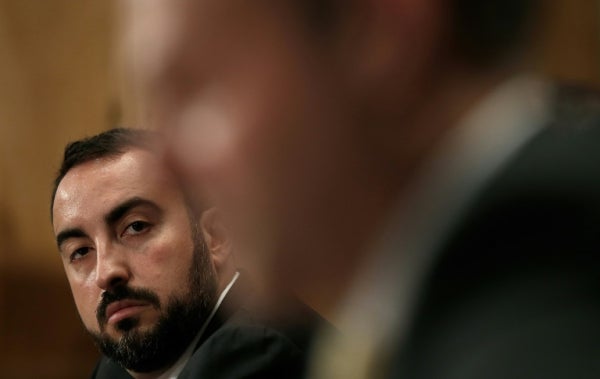 Facebook’s chief of security said late Monday his role has shifted to focusing on emerging risks and election security at the global social network, which is under fire for letting its platform be used to spread bogus news and manipulate voters.

Alex Stamos announced the change in his work role after The New York Times reported he was leaving Facebook in the wake of internal clashes over how to deal with Russian actors using the platform to spread false or exaggerated stories to cause division among US voters.

Stamos advocated investigating and revealing manipulation of news at the social network by Russian entities, to the chagrin of chief operating officer Sheryl Sandberg and other top executives, the Times reported, citing unnamed current and former employees.

The Times said Stamos had decided in December he was done with Facebook, but remained at the social network as part of a plan to smoothly hand his job off to a successor.

Neither Facebook nor Stamos directly commented on how long he intended to remain at the company, referring to his tweet in response to queries.

The California-based social media giant is facing an onslaught of criticism at home and abroad over revelations that a firm working for Donald Trump’s presidential campaign harvested and misused data on 50 million members.

The British data analysis company, hired by the 2016 Trump campaign, said the source of the accusations — which it called a “former contractor” — was “misrepresenting himself and the company”.

“This Facebook data was not used by Cambridge Analytica as part of the services it provided to the Donald Trump presidential campaign; personality-targeted advertising was not carried out for this client either,” it said in a statement.

Calls for investigations came on both sides of the Atlantic after Facebook responded to the explosive reports of misuse of its data by suspending the account of Cambridge Analytica.

Vera Jourova, the European commissioner for justice, consumers and gender equality, called the revelations “horrifying, if confirmed,” and vowed to address concerns in the United States this week.

According to a joint investigation by the Times and Britain’s Observer, Cambridge Analytica was able to create psychological profiles on 50 million Facebook users through a personality prediction app downloaded by 270,000 people, but also scooped up data from friends.

Facebook said it had hired a digital forensics firm to examine how the data leak occurred and to ensure that any data collected had been destroyed.

An undercover investigation of Cambridge Analytica by Britain’s Channel 4 found executives boasted they could entrap politicians in compromising situations with bribes and Ukrainian sex workers, and spread misinformation online.

The executives claimed to have worked in more 200 elections across the world, including Argentina, the Czech Republic, India, Kenya and Nigeria.

The British firm said it “strongly denies” the claims from Channel 4 as well as reports on misuse of Facebook data.

Facebook shares skidded 6.8 percent by the close of the Nasdaq amid concerns about pressure for new regulations that could hurt its business model.

Shares slipped another percent or so to $170 in after-market trades. MKH