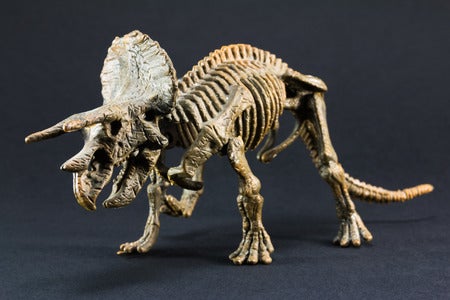 Horned dinosaurs including Triceratops likely evolved their impressive head displays for the purpose of attracting a mate, rather than to recognize members of their own species, according to research published Wednesday.

The elaborate frills and horns of such ceratopsians, a group of four-legged herbivores that lived between 150-65 million years ago, had previously been thought to help the animals distinguish one another and avoid inter-species breeding.

They examined the diversity in head ornamentation of 46 species of ceratopsians from a time-span of roughly 15 million years. 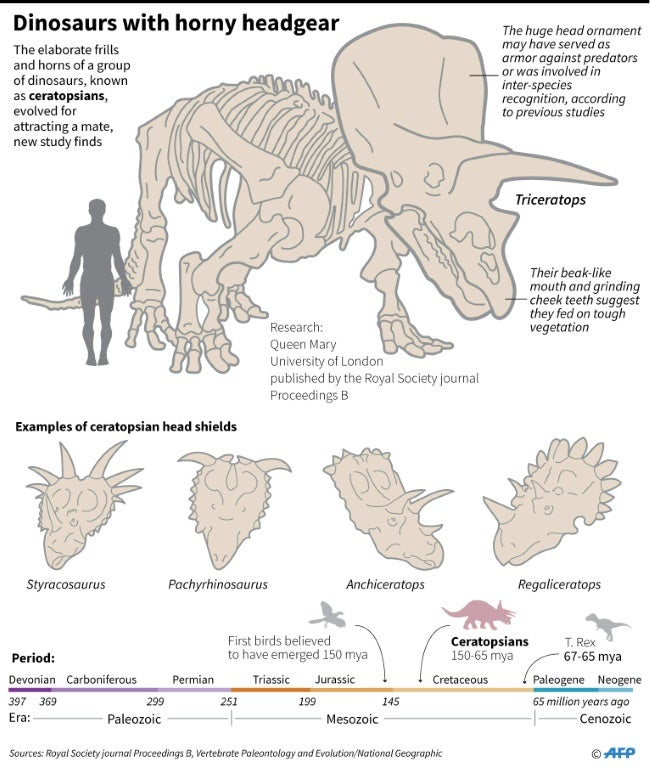 “We found no difference in ornament disparity between species that lived together and those that didn’t,” Andrew Knapp, a doctoral candidate from the School of Biological and Chemical Sciences and lead study author, told AFP.

Instead, contributors to the report published by the Royal Society journal Proceedings B noticed that the dinosaur’s head ornaments appeared to have evolved far quicker than other physical traits.

Knapp said researchers are “increasingly confident” that sexual selection was the driving force behind the rapid changes in head decorations.

“All the basic (evolutionary) models predict these changes as a consequence of sexual selection… extremes are selected and those traits tend to be passed on” to offspring.

Knapp added that unlike some modern species with prominent head ornaments (normally displayed more by the male), it is virtually impossible to tell the sex of a ceratopsian from its fossils.

“This means that something very unique is going on in ceratopsians which applies pretty much equally to both sexes, regardless of the underlying cause of their ornamentation,” he told AFP. NVG