Next ‘Assassin’s Creed’ set for Greece? 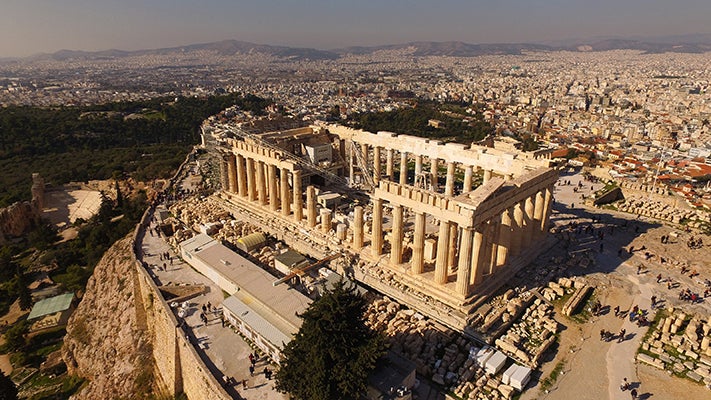 As Greek god Kratos swaps his homeland for a mythic Scandinavia in April’s “God of War”, it appears that the “Assassin’s Creed” franchise has set its sights on an Ancient Greek stop-off.

The follow-up to Ancient Egyptian action adventure “Assassin’s Creed Origins” will step into an Ancient Greek setting, according to a new report.

It would appear that at one point Ancient Greece was in line to make an appearance in “Assassin’s Creed Origins” and now forms the backdrop for a separate game instead.

The Ancient Greek “Assassin’s Creed” is said to be in development for PlayStation 4, Xbox One and PC, raising a question over the existence of a Nintendo Switch edition.

“It’s entirely possible that Ubisoft could have a spin-off or port of an older Assassin’s Creed in the works for the Switch,” Robertson notes. “It would be unusual for the publisher to snub Nintendo fans — especially given their success on the system.”

Ubisoft and Nintendo recently collaborated on “Mario + Rabbids Kingdom Battle”, an unlikely brand and genre crossover that plunged two sets of company mascots into the sort of territory more commonly associated with turn-based strategy games about alien invasions: the 2017 release was an apparent critical and commercial success. JB