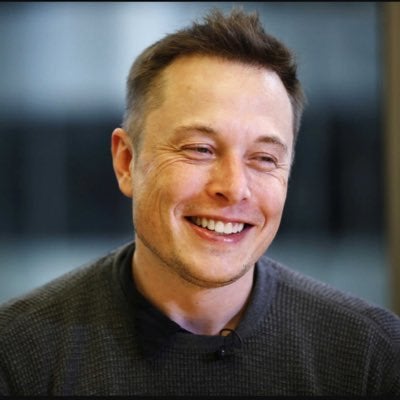 Elon Musk hinted at what he calls the newest merchandise to come out of his Boring Company, and it’s made entirely of rocks.

The Tesla CEO tweeted that his tunneling company would be releasing “Lifesize LEGO-like interlocking bricks made from tunneling rock that you can use to create sculptures & buildings.” 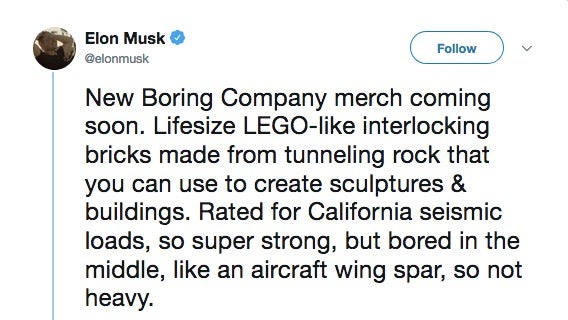 He adds that the “Boring brick” first kit will be themed after ancient Egypt.

With Lego itself is moving to create earth-friendly bricks, netizen Need More Wildlife (@DianaKFletcher) asked about the environmental impact of making Boring bricks. Musk has that covered.

Another netizen, broadcaster and musician Leon (@LeonsArcade), wondered if the Boring bricks could be used for low-cost housing.

Musk thinks two people could put together the outer walls of a small house in a day.

It’s unclear whether Musk is serious about these Boring bricks or if it’s an elaborate prank being laid out for April Fool’s day. But then again, this comes from the man who put a car in space with a driver named “Starman” and sold $500 “safe” flamethrowers. JB