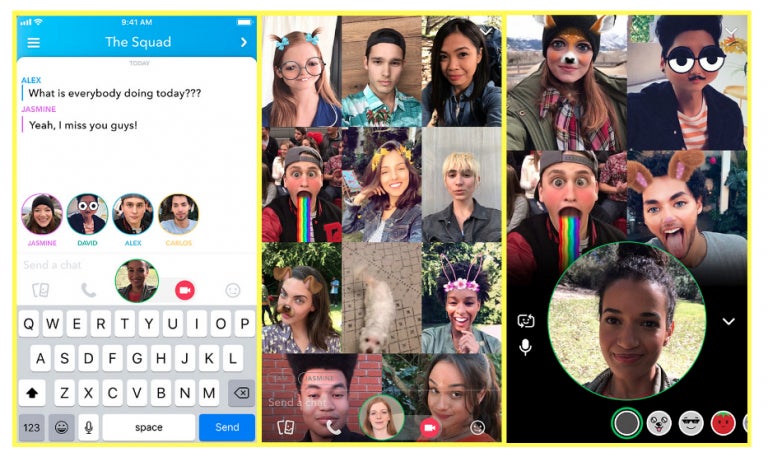 Should you ever find yourself wanting to call up to 16 people at a time, you can, thanks to Snapchat’s latest feature, group video chat.

This latest update for Snapchat fans puts a video camera icon into their group conversations, and all the users need to do is to click the button. As for those friends receiving the call request, they can either decline, answer, simply allow audio or even respond via text, which all the group could then read.

Bad hair day? Pop on one of the Snapchat lenses! Users can actually answer calls looking like the iconic cute puppy, or add a pair of sunglasses, look like a movie character; you name it.

Global rollout of the update begins this week, if it hasn’t arrived already.

With 71 percent of Snapchat users under 34 years old, according to Omnicore, this feature will likely be a hit with the younger crowd but will Snapchat succeed in getting the attention of other demographics?

A video ad released by the company last week, titled “A new kind of camera” looks as though it’s trying to promote the app’s advantages to a slightly older crowd.

Meanwhile, it remains to be seen if the other social media giants respond to this latest Snapchat update with a feature of their own in the competition to become users’ primary communications app. JB

Reddit redesign comes with 3 viewing options — something for everyone?