Many people, particularly journalists, may have awaited with bated breath the announcement of the 2018 Pulitzer Prize winners earlier this week, but now the arrival of a new awards-giving body in town has got the citizens of the interweb in stitches.

A medical student named Rachel Antoinette, of Quezon City, on the other hand, commented, “I nominate Persida Acosta for Doctor of the Year!!!”

“And here are the nominees,” one Pao-Pao Lopez replied to Jamby, posting a picture of Police Officers 1 Jeremias Pereda and Jerwin Cruz, and PO3 Arnel Oares. It is known that the three were out of four that had been tagged in the killing of Grade 12 student Kian Loyd delos Santos back in August last year. 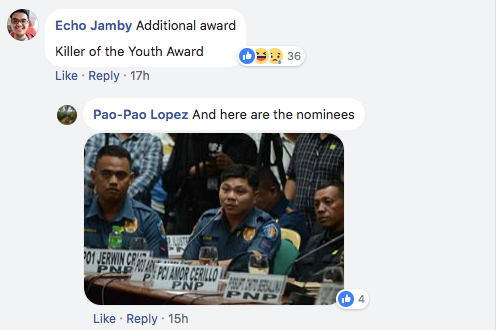 NYC Officer-in-Charge Ronald Gian Cardema said yesterday that the commission would “instead divert the government’s P1.7 million contribution to the NYC to a youth awards that will be named after President Rodrigo Duterte.”

Apart from the DUGYOUTH Awards, however, the parody page also posts monthly menus for their “catering” services.

For this month, they’ll be offering “Dinakdakang Mura,” “Pinaputok na Bungo,” “Adobong Badoy,” “Tokhang Talong,” Pork Dinigoongan” and “Igadon,” among others—dishes that are presumably sumptuous and delectable, perhaps with a hint of jolting farce.  /ra 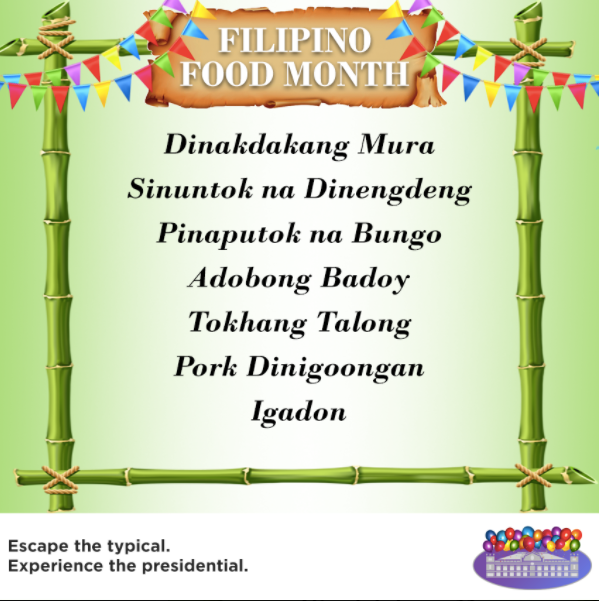