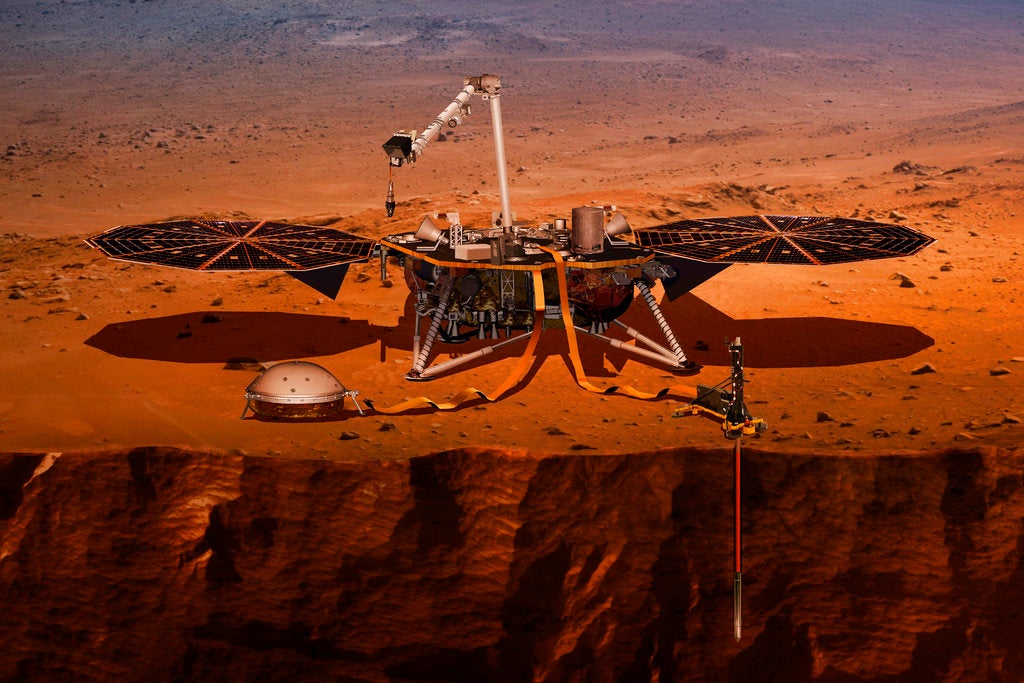 This illustration made available by NASA in 2018 shows the InSight lander drilling into Mars. InSight, short for Interior Exploration using Seismic Investigations, Geodesy and Heat Transport, is scheduled to launch from Vandenberg Air Force Base on Saturday, May 5, 2018, and land on Mars six months later. (NASA via AP)

CAPE CANAVERAL, Fla. — NASA is sending a robotic geologist to Mars that will dig deeper than ever before.

The Mars InSight spacecraft is set to launch this weekend from California.

The lander has a slender probe designed to burrow nearly 16 feet into the Martian soil. That’s for taking the planet’s temperature. To take the planet’s pulse, a quake-measuring seismometer will operate directly on the Martian surface.

The $U.S.-European mission is the first dedicated to studying the insides of Mar

Liftoff is scheduled for early Saturday from Vandenberg Air Force Base. NASA last landed on Mars six years ago.    /muf