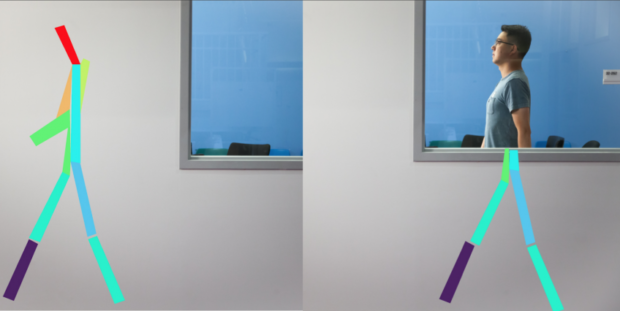 Scientists have developed an artificial intelligence system that can track movement even behind walls.

Researchers from the Massachusetts Institute of Technology Computer Science and Artificial Intelligence Laboratory (CSAIL) created a neural network AI to teach radio frequency-equipped devices to detect people’s movements behind obstacles. They call the system RF-Pose, according to a statement.

A demonstration video uploaded on June 12 showed the system appearing to have X-ray vision capabilities as it continued to track a person walking and moving behind a wall.

The team of researchers behind the project trained their AI to recognize the RF signals being reflected from people’s bodies. Using the RF signals, the AI could then estimate a person’s movements using a stick figure.

Researchers see the technology as something that can be used to track the development of diseases like multiple sclerosis and Parkinson’s. They also see application in helping alert healthcare personnel when an elderly living alone has fallen and is in need of aid.

Privacy concerns did not escape the development team. To prevent the technology from being used to spy on people, they started developing a consent mechanism. This mechanism requires certain movements to be performed before motion tracking starts.  /ra