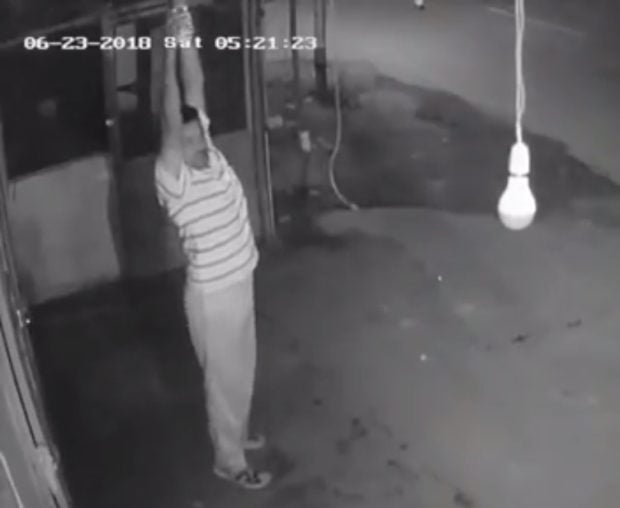 An Indian man got caught on a security camera stealing a light bulb while pretending to be stretching his arms and doing exercises.

The footage came from one of the shops in Coimbatore, Tamil Nadu, India, and has since circulated around social media and YouTube, to the amusement of internet users, reports India Today.

The clip, which appears to have been recorded on June 23, started out with a man casually standing near a sidewalk in front of some shops.

At first the man appeared to be doing a warmup routine as he started twisting his torso with arms outstretched. As several vehicles passed by, he slyly positioned himself under the targeted bulb.

When the coast was clear, he tried to reach up for the bulb, but was interrupted when a vehicle passed by. He quickly pretended to be stretching his hands.

With the street in front of him once again clear, he reached up and successfully detached the bulb from its socket. He then tucked the stolen bulb into his right pocket and covered it with his shirt.

He casually stood around for a couple more seconds to secure the bulb before walking off as if nothing had happened.

However dire this man’s needs are, one can only hope that he finds the light to reflect on his action.  /ra