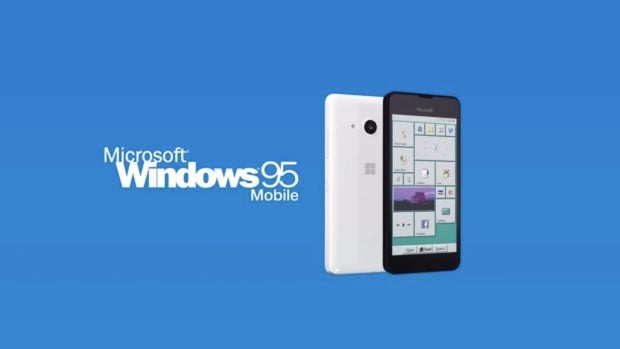 A YouTuber has re-imagined the old Windows 95 desktop operating system as a mobile OS. He even filmed a new product introduction clip.

YouTuber 4096 thought about what it would be like to have Windows 95 running on a modern smartphone. With this in mind, the Youtuber created the Windows 95 Mobile introduction clip, which was uploaded on June 23.

Like modern smartphone ads, it showcases the various features the Windows 95 Mobile would have, the most noticeable of which would be the basic gray interface. This reflected the Win95 desktop version’s color scheme.

Next, the general interface mirror the modern Windows Mobile tile design, except that all the tiles are in gray and feature the retro icons that were used in Win95.

Business folk appear to be one of the target markets considering the inclusion of Word 97 into the package. Like most modern smartphones, the imaginary Win95 Mobile even comes with its own virtual assistant, Clippy.

Finally, would-be users could enhance their experience by downloading additional apps from the Windows 95 Store. The app selection include YouTube, Skype, Twitter and WhatsApp.

For an imagined smartphone OS, the Win95 Mobile certainly has that retro appeal to it. Ironically, most modern smartphones actually far surpass the computing power of Windows 95-era computers.  /ra

WATCH: Jumbo lighter can light up more than just a cigar