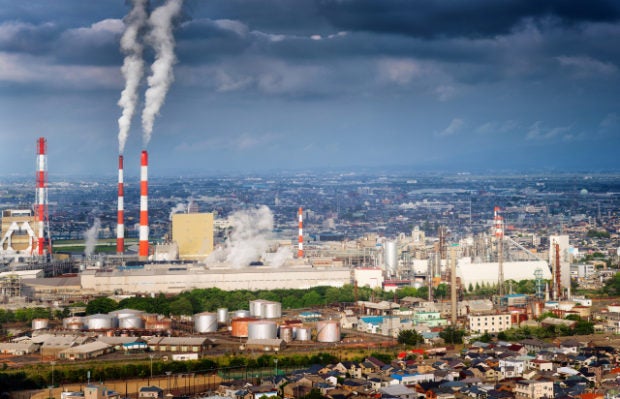 According to new estimations, as many as 4.5 million people died prematurely from diseases related to air pollution in 2015. Image: NicolasMcComber /istock.com via AFP Relaxnews

New European research has found that as many as 4.5 million people died prematurely from diseases related to air pollution in 2015, including nearly 240,000 children under the age of five.

Carried out by the Max Planck Institute for Chemistry in Mainz and the London School of Hygiene & Tropical Medicine, the new study estimated excess deaths associated with air pollution using data on ambient (outdoor) air pollutant concentrations and rates of disease and causes of death in different countries.

They calculated that in 2015, around 270,000 excess deaths occurred from exposure to ozone and 4.28 million from particulate matter, with 727,000 people dying from lower respiratory tract infections, 1.09 million from COPD, 920,000 from cerebrovascular disease, 1.5 million from heart disease, and 304,000 from lung cancer.

The team also looked at the effects of air pollution in children under five, who are particularly susceptible to respiratory infections as a result of pollution exposure.

They estimated that in 2015, out of a total of 669 million children under five around the world, about 240,000 died from poor air quality as a result of lower respiratory tract infections, particularly pneumonia.

The risk of death from air pollution was particularly high for children in Africa, with children in Chad showing a ten-times higher risk than the global average. In some lower to middle-income countries, particularly India and Pakistan, the mortality rate for girls was also found to be 1.2 times higher than for boys, which the team suggest may be a result of differences in nutrition and health care.

The origin of particulate matter also differs from country to country. For example in India, the main source of pollution is the burning of solid fuels for cooking and heating. In the USA, power plants, transport and agriculture are the biggest contributors.

The air inside buildings, for example from household pollution, can also be damaging to health. However, the current study only looked at ambient air.

The results can be found published online in the journal The Lancet Planetary Health. MKH

Nine out of 10 people breathing polluted air — WHO