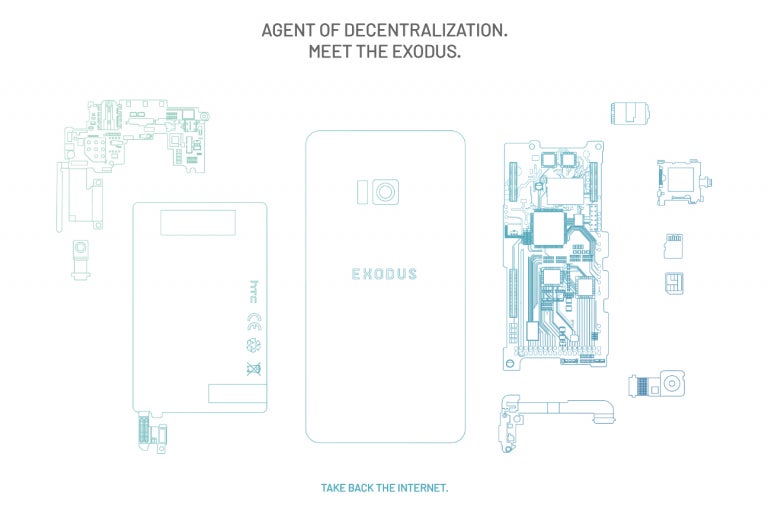 HTC first announced Exodus, its blockchain-powered smartphone, back in May. Now, more light has been shed on the project, putting the release date at the end of this year and the price at around $1000 (over P53,000).

Exodus is described by its makers as “the world’s first phone dedicated to decentralized applications and security.” The Android smartphone will feature a secure hardware system designed to support cryptocurrency and provide direct trading between peers with no additional fees, and no cloud.

Phil Chen, HTC’s Decentralization Chief Officer, told The Verge, in an interview published this week that the Exodus can be expected toward the latter part of the year, with an official price announcement coming around the end of Q3. When The Verge mentioned the price of Finney, the world’s first blockchain-powered phone created by Sirin Labs, which is $1000 (over P53,000), Chen replied that the HTC model would have a “comparable” price tag.

Back in May, Chen told Cryptovest in a separate interview that the device would be a “a great opportunity to empower the user to start owning their digital identity.” In the latest interview, he indicates that such a model is not to be expected just yet, evoking a somewhat less ambitious model coming this year: a phone with a cryptocurrency wallet and a partnership with CryptoKitties. The cryptocurrency wallet, HTC claims, will be the first “cold wallet,” which in context to Bitcoins, refers to keeping some of the currency offline. For the less tech savvy, it’s a bit like keeping some of your savings in a safe deposit box rather than in the bank.

CryptoKitties, meanwhile, is an attempt to use blockchain technology for fun; the very popular game allows players to purchase, collect, breed and sell various types of virtual cats. Now teaming up with HTC, the game will get an Android mobile app version that will be made available on the HTC U12+ smartphone, later making its way to Exodus. It’s not clear if other brands will also host the game.

The specs for Exodus remain unknown, however Chen did confirm that the blockchain smartphone will definitely be available “everywhere outside of China” explaining that China will be a more difficult market due to “different rules, everywhere from regulations to how Android even works.”

A website has been set up for anyone wanting to reserve what the brand describes as “the first cold wallet phone with key recovery” or simply stay up to date on the device and its release. JB