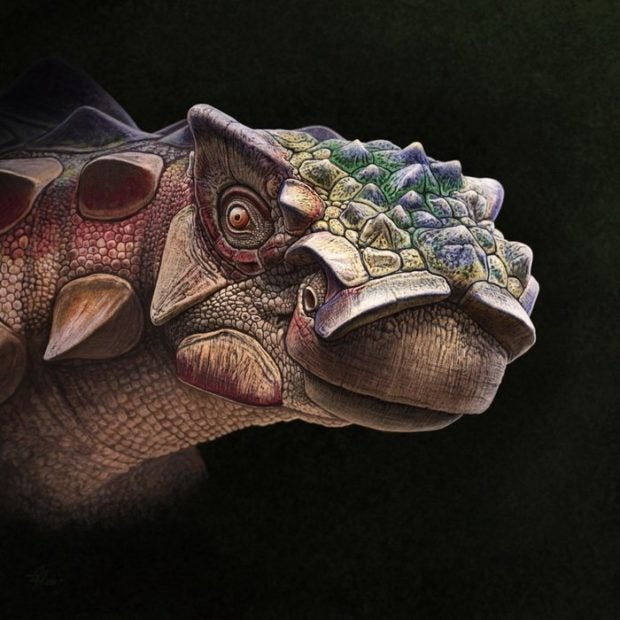 Archeologists unearthed an armored dinosaur that lived in the same era as the famous Tyrannosaurus rex.

Nicknamed “thorny head,” the Akainacephalus johnsoni belongs to the armored ankylosaur family of dinosaurs, which have been found in southwestern United States. Its nickname came from the spikes and cones found on its head and snout, according to the report published on the scientific journal PeerJ.

Paleontologists discovered the fossilized remains of johnsoni in the Grand Staircase-Escalante National Monument in south-central Utah. They were able to dig up a good number of fossils, which were enough to let them piece together the dinosaur’s skeleton. They were particularly happy with the discovery of an intact skull, which showed the spikes growing out of its head. 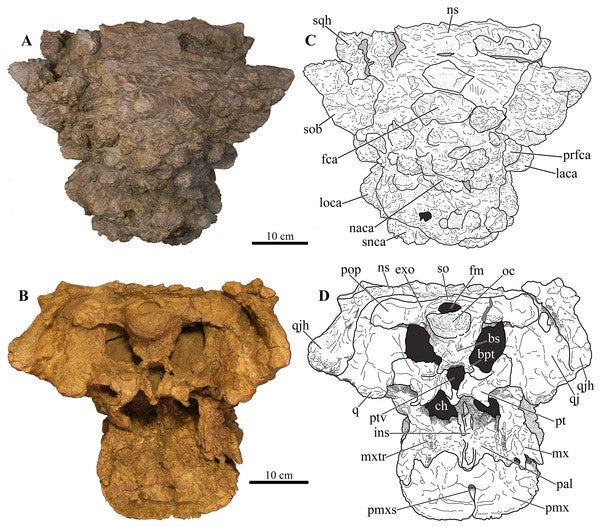 Ankylosaurs are generally like walking tanks covered in spikes and equipped with a large bony club at the end of its tail. These herbivore dinosaurs needed this kind of defense to survive their meat-eating neighbor, the Tyrannosaurus rex and other would-be predators.

Johnsoni, which measured between 13 and 16 feet long, added its thorny crown to its already formidable natural defense. The discovery of johnsoni also showed how ankylosaurs had more diverse appearances than paleontologists first thought. 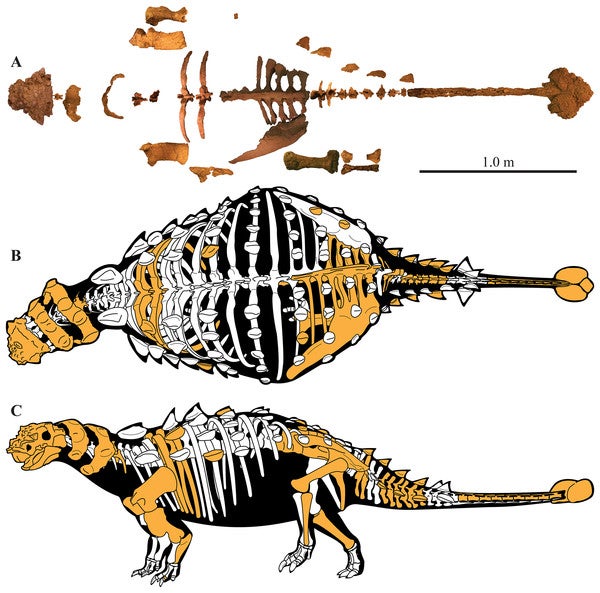 Casts of the Akainacephalus johnsoni fossil are now on public display at the Natural History of Museum of Utah in Salt Lake City.  /ra

Two dinosaurs fetch over 1.4 million euros each in Paris sale

Ticked off: Tiny ‘dracula’ with a taste for dinosaur blood