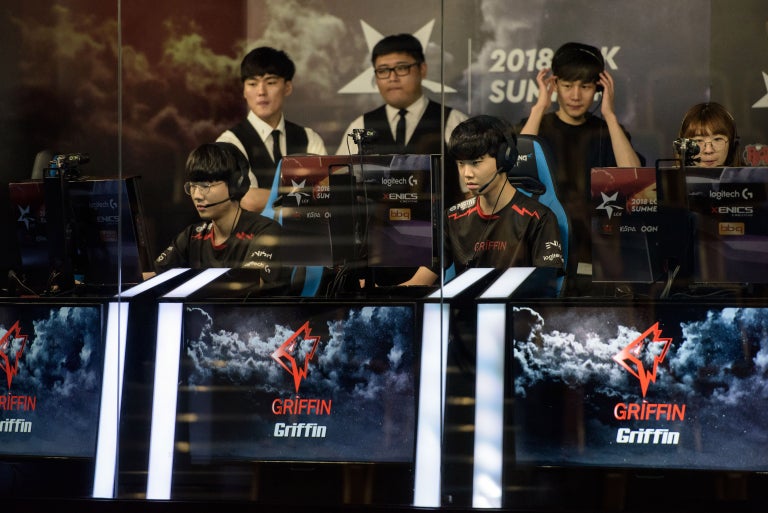 A high school drop-out dubbed the “Michael Jordan of eSports” has helped make South Korea a major power in video-gaming, and is now leading its push to be recognized by the mainstream.

The bespectacled, floppy-fringed “Faker”, real name Lee Sang-hyeok, is the world’s top “League of Legends” gamer and in hyper-wired Korea, he enjoys similar fame and fortune to top basketball or baseball players.

Faker, 22, will be one of the biggest stars at next month’s regional Olympics, the quadrennial Asian Games in Indonesia, where eSports will be held as a demonstration event for the first time.

It marks a step forward in gaming’s efforts to be considered a genuine sport, possibly even gaining a slot at the Olympics in the future, good news for global eSports powerhouses like South Korea.

The South enjoys ultra-fast broadband and a vibrant internet culture, and internet cafes armed with powerful high-end computers catering to school-age gamers can be found on many street corners.

Faker started playing video games in elementary school, and excelled at “League of Legends”, an online battle game introduced by Riot Games in 2009.

As he climbed the online LoL rankings speculation mounted about his identity, and he formed a team with friends to compete at amateur tournaments.

He dropped out of high school after being offered a job as a professional, making his debut in 2013 and thrashing top players one after another as he made his way to stardom.

Korea’s eSports scene is reminiscent of Germany’s soccer culture, with grassroot talents nurtured from a young age, some of them making their way to amateur leagues and, after years of competition and effort, professional teams.

Many leading firms have their own eSports teams, with Faker believed to be paid at least 3 billion won ($2.6 million; P142 million) a year by his sponsor SK Telecom, the South’s top wireless operator.

“This is a country where eSports has been fully embraced as a type of sport among youth, and even college sports championships have eSport events,” said Kim Cheol-Hag, secretary general of the Korea eSports Association.

Last year, eSports was ranked the third most popular sport among South Koreans aged 15 to 29 after soccer and baseball, according to a survey by Nielsen Korea.

Multiple TV channels are dedicated to broadcasting eSports competitions, held at large football stadiums to roars from tens of thousands of fans, or sleek special arenas designed to showcase the games.

“Playing games became a full-time career in the South in the mid-2000s when many pro eSports teams were established, ahead of other countries,” Kim said.

With 25 million players, which is half the population, the South is the world’s sixth-biggest video game market.

But many South Korean players and coaches have been hired to work for top teams around the world, including China and the United States, eSports’ two biggest markets.

“Now the U.S. and China have the same systems and have caught up with us,” Kim told AFP. “But we have know-how and culture that has been accumulated for decades helping us stay at the top of the game”.

South Korea’s obsession with video games dates back to the 1990s when Starcraft, a U.S, science fiction strategy game, enjoyed huge popularity, so much so that the South accounted for more than half its worldwide sales.

Nowadays, teenagers hoping to become professional players, or popular among their game-crazed peers, flock to a growing number of private, after-hours schools coaching them how to play video games better.

A typical “game academy” features a rows of teenagers or men in their 20s playing “Overwatch” or “League of Legends”, with a coach, usually a former pro, watching their performances and suggesting better moves.

Six other players will accompany Faker to Indonesia next month to compete.

“The Asian Games is not an event only watched by gamers but something watched by the whole nation,” Faker told reporters. “I will win the game no matter what.” JB