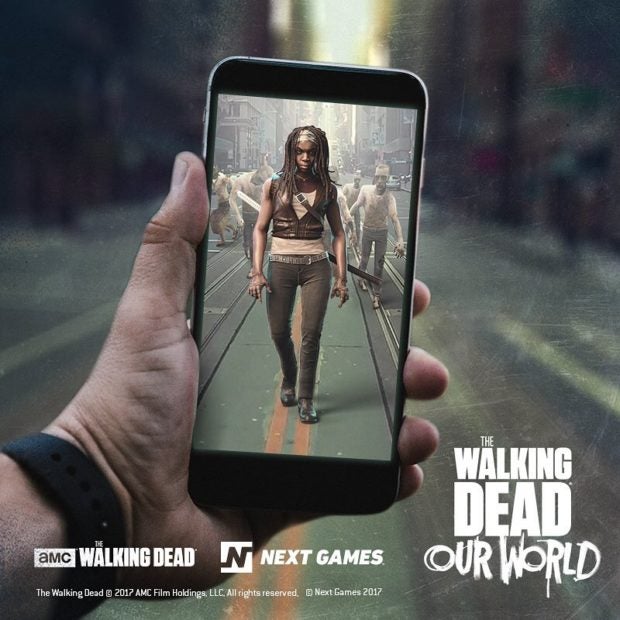 “The Walking Dead: Our World”, the augmented-reality (AR) mobile game by Next Games based on the American post-apocalyptic horror television series of the same name, is now available for Android and iOs users.

The rollout for iOS and Android was reported by Variety last Thursday, July 12. Borrowing the characters from AMC’s adaptation of the zombie comics by Robert Kirkman, “The Walking Dead: Our World” is a game about survival in a zombie-infested world.

“But our goal wasn’t to make ‘Pokemon Go’ with zombies. Augmented reality and location gaming is a great way to bring ‘The Walking Dead’ into our world,” he stated in the report. “It gives you a chance to experience the apocalypse and live out hypothetically what you would do.”

“The Walking Dead: Our World” layers are introduced to a real world map with icons of zombies and infestations, which players can fight directly, as well as icons of caches which they can either take or unlock. The game also launches a simple take on shooter games; players have to shoot zombies by tapping their icons. Headshots reportedly produce more damage.

Playing the game allows one to unlock weapons and allies which can be players’ “sidekick” in battles, including “The Walking Dead” protagonist Rick Grimes, and fan-favorites Daryl Dixon and Michonne. Leveling up these allies gives them the opportunity to bring about their special abilities. Moreover, the game also allows for weapons to be traded and leveled up.

The AR game also features a button which allows players to turn the game’s background into a “real world view” of one’s surroundings, which will be populated by zombies. It supports cooperative horde battles and allows players to build a base of sorts, which gives players in-world goodies rewards.

“The Walking Dead: Our World” is now available for download on the App Store and Google Play. Kate Matriano/JB