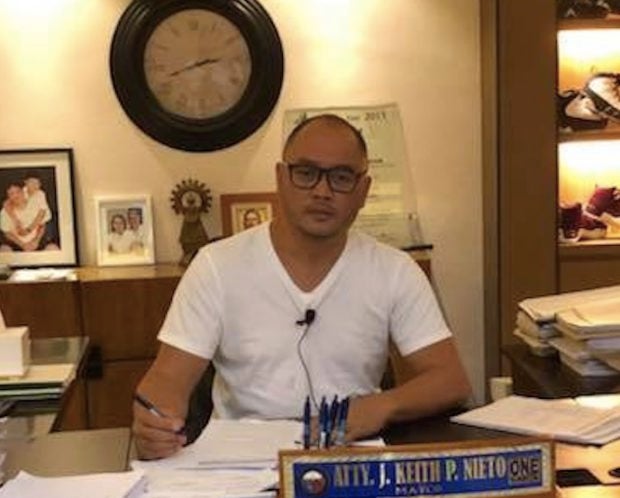 Also known as Mayor Kit, the politician took the time to give witty answers to some of the citizens’ questions posted on Facebook. Netizen Bheng Manuel Andres later compiled screengrabs of some of the funnier replies and shared them in a July 18 post. It has gotten over 7,500 shares and over 1,000 comments as of this writing.

In one exchange, Facebook user Lincoln Molina Felix said floodwater was about to enter their home. Mayor Kit replied by telling him to close the door so the water couldn’t come in. 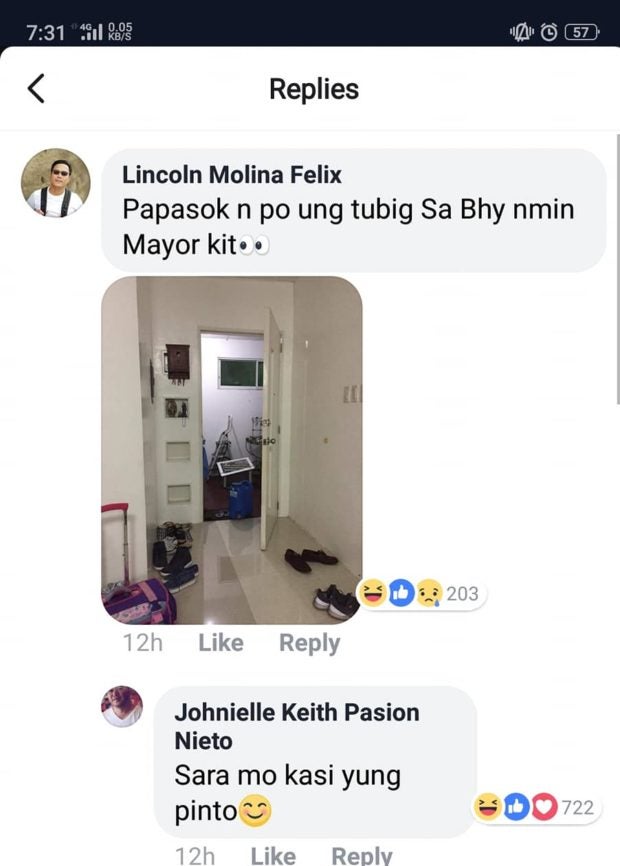 Not concerned with rising floodwater, Vee Renna Santos instead asked how she could apply as the mayor’s bodyguard. The mayor discouraged her, reasoning that she might get blamed should he get assassinated. 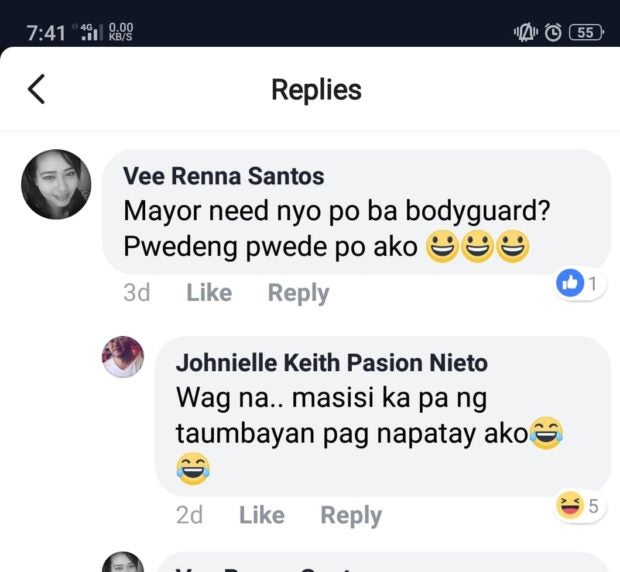 Ivy Agus Cachopero thanked mayor Kit for announcing the suspension of classes due to heavy rain. She also thanked him because she didn’t need to wake up her children. Mayor Kit quipped she should wake up them up lest they sleep forever. 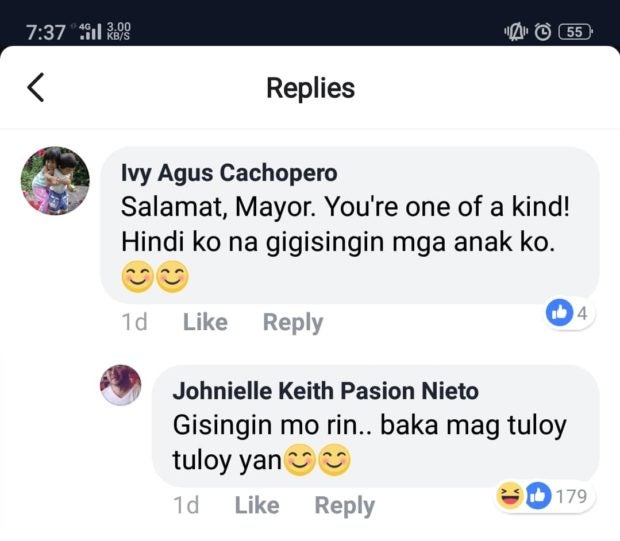 One Glaisa Soriano complained because Mayor Kit suspended classes just as she was leaving for school. The mayor reassured her that next time he’ll suspend classes when she’s already in school. 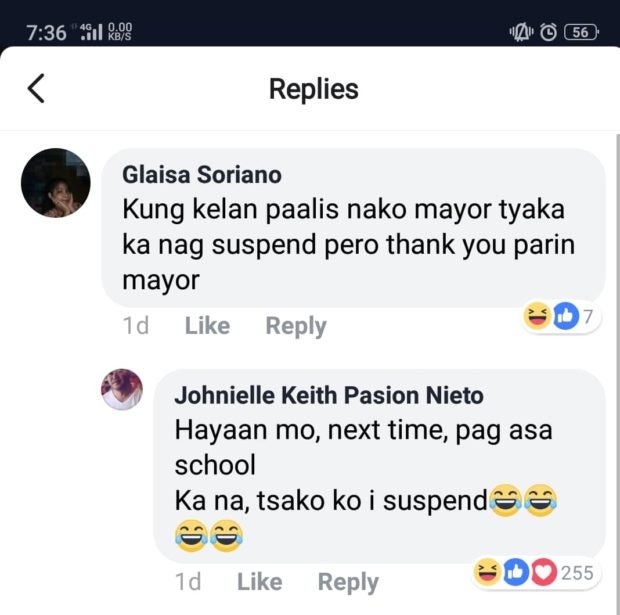 May Peneyra also complained about the cancellation because she’d end up doing chores around the house. Mayor Kit suggested sending her parents to school instead. 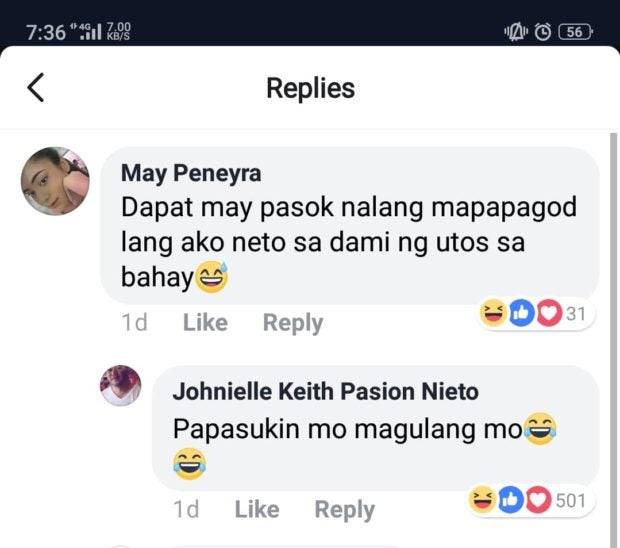 Vh Ong had other things in mind like starting a family, so he asked about the requirements for having the mayor preside over a marriage. Mayor Kit said the only requirement was a beautiful bride. 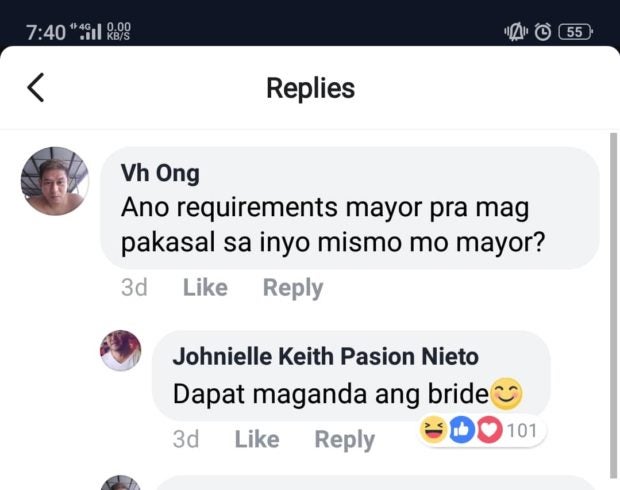 Mayor Nieto came into office in 2016 under the Nationalist People’s Coalition political party. He also won the 2013 mayorship election making the present term his second as the mayor of Cainta. With his lighthearted interactions with his constituents, it may give an idea as to why the people voted for him twice. NVG