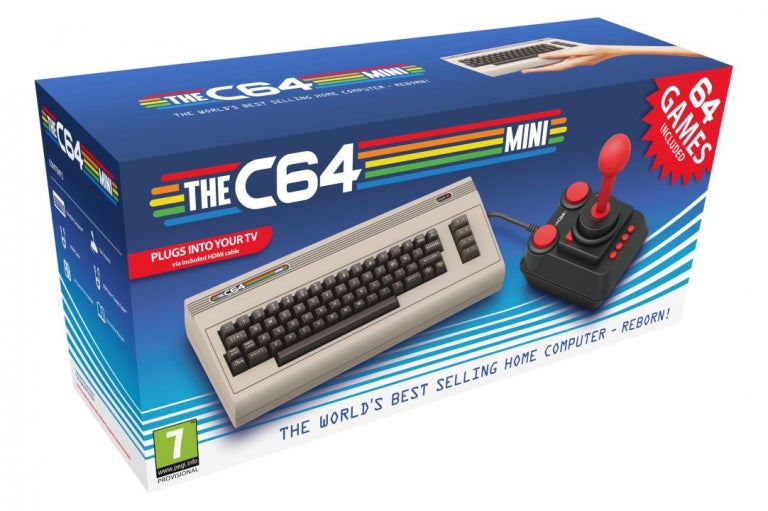 The C64 Mini made its European debut in March ahead of a North American launch in October 2018. Image: Retro Games, Ltd. via AFP Relaxnews

A shrunk-down edition of the Commodore 64, a home computer popular in the 1980s, is preparing to make its North American debut on Oct. 9, 2018 with some 64 games pre-loaded.

If it wasn’t such a brand-loyal blend of beige-grey and brown, it would be positively rose-tinted: this nostalgic, miniaturized version of the Commodore 64 even comes with a replica Competition Pro joystick.

Access to a C64 operating system means that owners can code up their own games and applications, should they so desire, while the existence of two USB ports makes for easy loading of additional games, should owners have access.

And while the Mini’s pack-in joystick may not have the same legendary response as the iconic Competition Pro, it at least boasts the requisite nostalgic look.

Nintendo followed up with the SNES Classic in 2017, making both minis available in 2018.