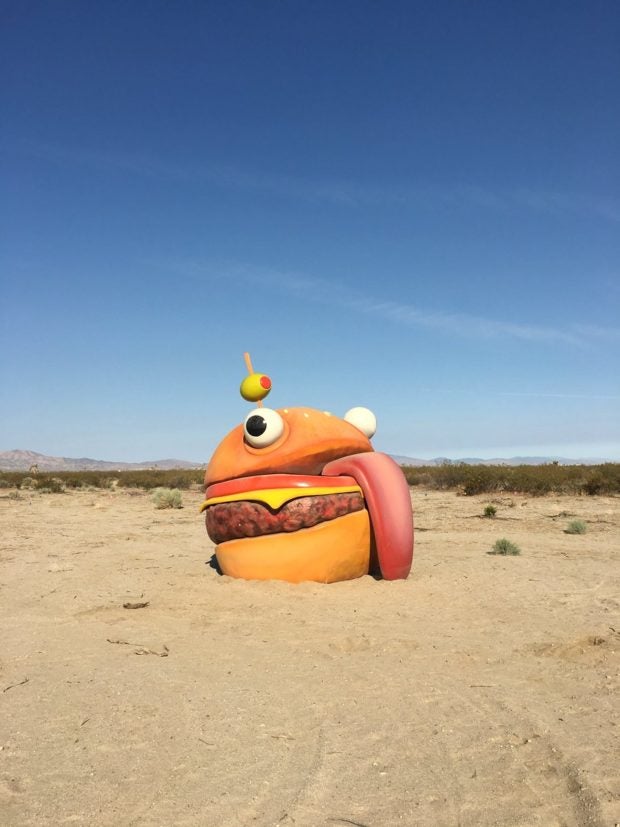 The “Fortnite” Durrr Burger landmark appeared in the middle of a California desert after disappearing in the game.

Twitter user and photographer Sela Shiloni “discovered” the misplaced landmark and shared snapshots of it through a tweet on July 6. 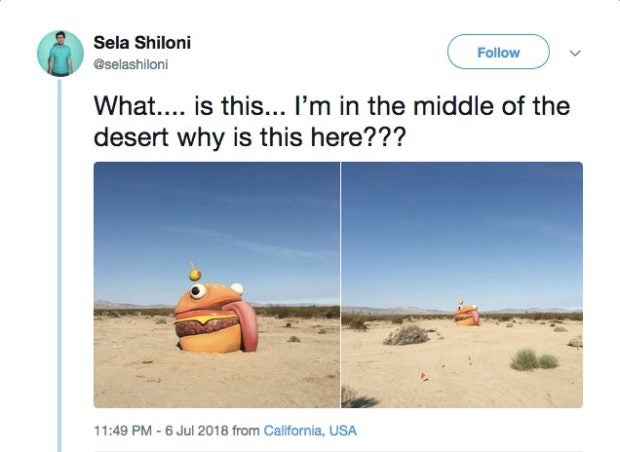 At first he didn’t recognize it, but an Instagram user informed him the burger-like object came from the game “Fortnite.”

Shiloni explained he found the Durrr Burger while scouting for photoshoot locations.

How this fictional landmark came to be in the real world may have something to do with a new event for “Fortnite” called “Blast Off!” Since July 1, portal rifts have been appearing in the game, which suck up certain landmarks. One of these was the burger on the Durrr Burger sign.

Two other missing landmarks include the Lonely Lodge motel sign and a giant tomato from Tomato Town. If the Durrr Burger in the dessert is indeed part of a publicity stunt and not just a prank, “Fortnite” players may expect to see more of the missing game landmarks appear in the real world.  /ra

Squirtles with sunglasses to appear in Pokémon Go