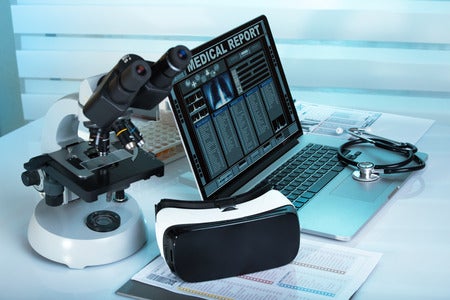 Five rehabilitation facilities are currently testing virtual reality (VR) technology for assessing the extent of drug addiction as well as prescribing the proper treatment to be given to drug users in Shanghai, China.

The VR system makes use of an instrument which traces eyeball movement. This instrument is installed in VR headsets to detect when drug users refuse to look at the projected VR images and videos. The eyeball tracking instrument can also help the staff of rehabilitation centers in assessing the accuracy of the self-evaluations on drug dependency degree. Drug users who fill this out would sometimes lie to hasten their release from the centers.

“Shanghai is the first in the world to introduce an eyeball-movement tracking machine to drug rehabilitation, according to the literature I can find on the internet,” notes Xu Ding, a drug rehab veteran from Shanghai Drug Rehabilitation Management Bureau who leads the VR trial, the report stated.

The rehabilitation facilities in Shanghai were not the first to tap into VR technology to solve drug use. Some rehabilitation institutions in the eastern province of Zhejiang used the technology last year, albeit without the eyeball movement tracking instrument.

Aside from the instrument responsible for tracking eyeball movement, devices which measure electrodermal activity (EDA) that gauges electrical reaction of one’s skin in response to sweat secretion, and pulse phase are also installed in the VR system, all to aid in assessing drug users, the report said.

So far, measuring the success of the VR technology trial proves to be difficult due to lack of concrete results. Kate Matriano/JB