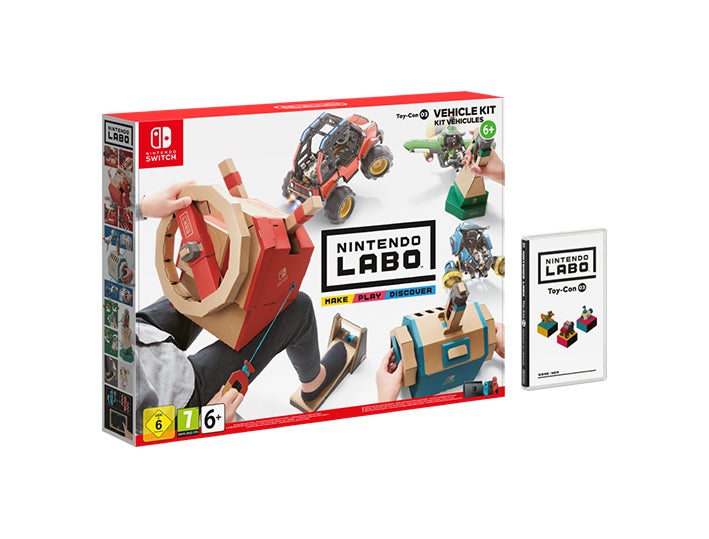 After launching in April with a Robot Kit and Variety Kit, the latter of which included a motorbike setup, Nintendo’s self-assembly cardboard game controller Labo line will welcome a Vehicle Kit in September.

Priced at $69.99 (about P3,700) and with worldwide availability set for Sept. 14, the Nintendo Labo Vehicle Kit add-on will allow users to construct cardboard replicas of car, plane and submarine controls with which to control the Nintendo Switch games console.

One of the Switch’s bestselling titles, “Mario Kart 8 Deluxe”, already integrated Labo controls after the Variety Kit allowed construction of motorbike handlebars, and it’s easy to imagine the same scheme rolled out for the steering wheel, gearshift and pedal setup included in the Vehicle Kit’s car configuration.

Each vehicle control module is activated by slotting a Switch controller into its housing; the whole thing is supplied as a flat-pack kit that players can fold into pre-defined shapes.

And in the same way that “Wii Fit” reached people who wouldn’t ordinarily associate themselves with video games, Nintendo views Labo in a similar way; for context, the 2012 Nintendo Wii exercise pack went on to become the console’s third bestselling title. JB