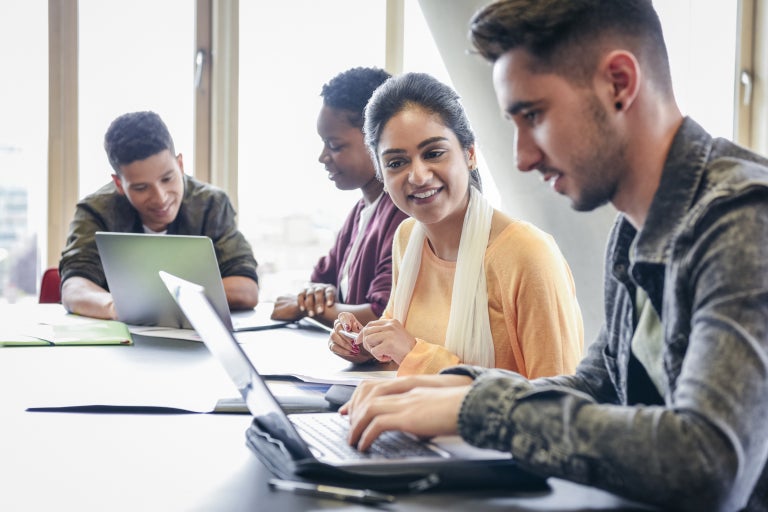 New United States research has found that allowing devices such as smartphones and tablets in lectures could cause students to perform worse in their end-of-term exams.

Carried out by researchers from Rutgers University, the team recruited 118 cognitive psychology students who attended the university and followed them for one term of their course.

Electronic devices including laptops, phones and tablets were banned in half of the lectures and permitted in the other half, with students asked to record whether they had used them for non-academic purposes during the lecture.

As previous studies have found that when a person divides attention between two tasks, they remember less from at least one of them, the researchers pointed out that when students divide attention between an electronic device and the lecture they should be learning less.

In fact, they found that having devices present in the lectures didn’t lower the students’ understanding of the class, which was measured by tests completed within lectures.

However, students did perform significantly worse in their end-of-term exam, by at least 5 percent or half a grade, when devices were permitted in lectures and attention was divided.

The study is the first-ever to be carried out in an actual classroom and show that distraction caused by an electronic device can have an effect on long-term retention of information and subsequent exam performance.

In addition, even when students didn’t use the devices themselves but attended lectures where devices were permitted they also performed worse. The researchers noted in their findings that students who are not using devices and are trying to direct their full attention to the class may be distracted by the activity around them.

They noted that one of the lecturers often noticed two students giggling together as they viewed an image on a laptop, behavior which could affect the group learning environment.

Commenting on the findings, the study’s lead author, Prof. Arnold Glass, added, “These findings should alert the many dedicated students and instructors that dividing attention is having an insidious effect that is impairing their exam performance and final grade.”

“To help manage the use of devices in the classroom, teachers should explain to students the damaging effect of distractions on retention, not only for themselves, but for the whole class,” he explained.

The results can be found published online in the journal Educational Psychology. JB

TOPICS: Cellphones, examinations, gadgets, Laptops, Learning
Read Next
Chinese leukemia patient livestreams to pay for treatment
EDITORS' PICK
Motostrada expands by handing over ‘Trident’ and adding new ‘Horseman’ to its growing business
Water remains our saving grace right now
No arrests to be made on 1st day of allowed pillion riding for couples — HPG
Digital hunt for Hyun Bin: 5 challenges for Smartees
House panel set to meet for possible decision on ABS-CBN franchise bid
WHO: Indoor airborne spread of coronavirus possible
MOST READ
‘I will always speak up for you’: Server on defending Fil-Am family from racist rant
‘Nouveau’: Agot Isidro hits Jinkee Pacquaio’s show of luxury Hermes, Louis Vuitton bikes
Bela Padilla on being tagged a Diehard Duterte Supporter: ‘Nope, not at all’
Solon withdraws support for ABS-CBN franchise renewal
Don't miss out on the latest news and information.