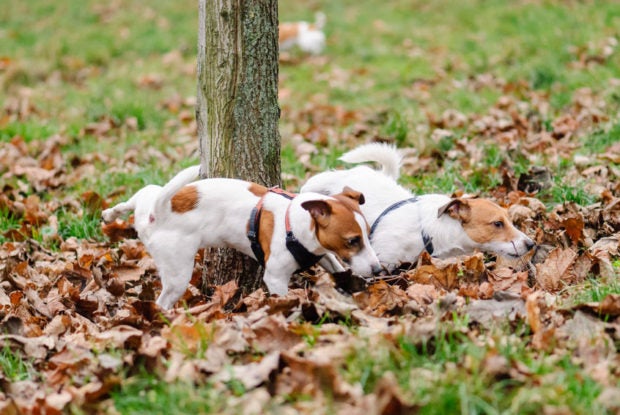 Researchers from Cornell University in New York found that a dog’s habit of marking its territory with urine can be deceiving to other dogs. Their study observed that the height from which urine is spread could help indicate a dog’s size. They found additional evidence that small dogs cheated by peeing just a little higher than they should, according to a study published in Journal of Zoology.

The team first established whether the height by which a dog would raise its leg to pee directly affected how high urine could be expelled. Once they proved this was so, they observed several male shelter dogs as they took them out for walks.

The researchers suggested this behavior could help smaller dogs avoid confrontations by making other dogs believe they are bigger than they actually are. However, they also pointed out that simple anatomy could be one of the reasons for the peeing behavior; bigger, heavier legs are more inconvenient to lift than smaller and lighter ones.

Nonetheless, the study contributed to the growing body of research that suggested bigger and smaller dogs behaved differently.

Many animals use their own urine to mark territories and communicate with other animals including those from other species.  /ra