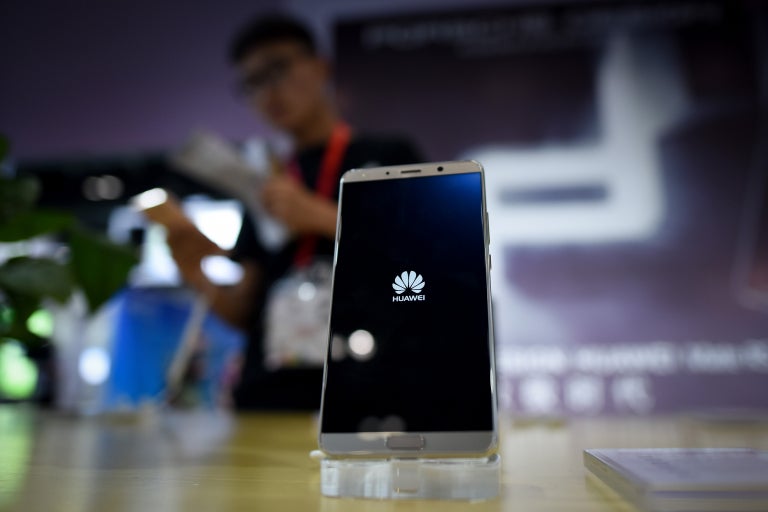 Huawei fans could be in for a treat as the brand confirms the P20 Pro will feature a triple lens camera with 40 megapixels, as well as 5x zoom and “much more,” according to a recent tweet.

The Chinese tech giant was not too impressed with Samsung’s latest offerings, tweeting on the same day as the Note9 was revealed, “we’re all about real upgrades.”

Samsung’s Unpacked event on Aug. 9 brought fans a new Galaxy Note 9 and Galaxy Watch, and also the first Bixby-powered smartspeaker, Galaxy Home. However it seems that Huawei’s tweet was mostly directed at the latest smartphone, a device said to share a similar design to its predecessor (Galaxy Note 8) and some of the upgrades given to the Galaxy S9.

Huawei’s Twitter account shared an image of the upcoming flagship rear side, titled “This is called a real generation upgrade,” revealing three cameras, possibly making it the first Android smartphone with a triple camera setup.

For those that care about the small details. #HuaweiP20 pic.twitter.com/obj5VrWXGP

More posts, all on the same day as Samsung’s Unpacked event, further promote the P20 Pro’s new capabilities. In a second tweet, addressed to “those that care about the small details,” an image compares the details available in a 12MP photo with that of the upcoming device with 40MP. The third tweet reads, “With the Leica Triple Camera, we’re always two steps ahead.”

But that’s not all that Huawei’s proud of. The website Pocket-Lint got their hands on what seems to be the company’s marketing material, confirming an upcoming model, believed to be the Mate 20 Pro, with the biggest battery pack of all their high-end series. The teaser shows the P10 Plus with a battery icon of 3750 milliampere hour, the Mate 10 Pro and P20 Pro both with 4000 milliampere hour, followed by a giant question mark in a bigger box, suggesting that the new smartphone’s battery capacity and overall endurance will be a marketing highlight.

More information is expected at Huawei’s keynote event at the IFA trade show, in Berlin on Aug. 31. JB