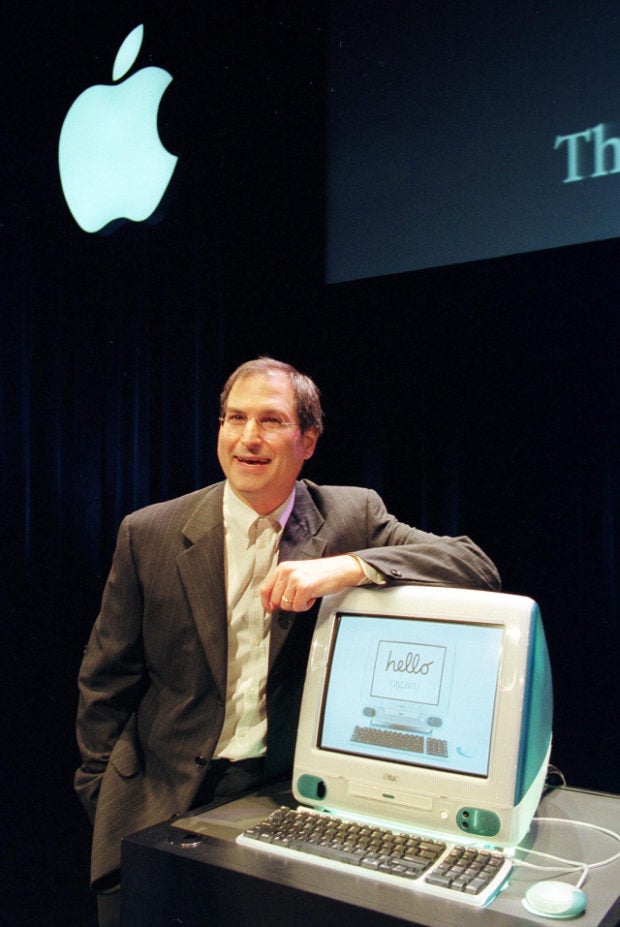 On August 15, 1998, Apple launched its first ever iMac range, a new generation of computers marked by groundbreaking design and technological innovation. The iMac’s success among tech journalists and the general public contributed to the rebirth of the Apple brand and a return to profitable business for Steve Jobs.

A massive success, the iMac stood out from traditional PCs with its revolutionary design by Jonathan Ive. The enclosure for its 15-inch cathode ray tube housed all the computer’s other components, along with a CD-ROM reader. And in a move seen as surprising at the time, Apple decided not to equip the machine with a floppy disk reader.

The first iMac shipped with the Mac OS 8.1 operating system. Under the hood, it had a 233MHz PowerPC G3 processor, 32MB of RAM and a 4GB hard drive.

The computer was relatively easy to transport, thanks to its built-in handle. It also stood out with its signature colors (Bondi Blue, Strawberry, Blueberry, Lime Green, Grape, Mandarin), to the point where it became a fashion accessory.

Above and beyond its aesthetic appeal, the iMac was remarkable for its connectivity. Designed with easy Internet access in mind, it was equipped with an internal modem and an ethernet port. It was also equipped with three USB ports, one of which was for a mouse, and will be remembered as the first computer to connect all of its peripherals via USB.

The original iMac G3 was the first model in a longstanding line that is still being marketed. Today’s iMacs, however, have nothing in common with the trailblazing machine now much sought after by collectors and museums. NVG

10 things that will turn 20 years old this year and yes, we’re old!