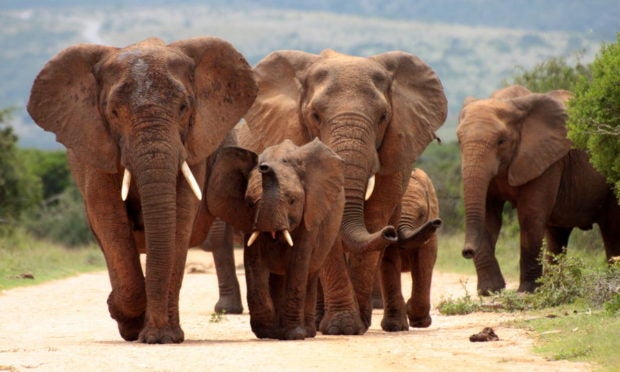 The carcasses of 87 elephants were discovered during an aerial survey a few weeks ago near a wildlife sanctuary in Botswana, Africa.

Experts from the Elephants Without Borders organization said it was the largest poaching casualty discovered at one time. The carcasses were found during Botswana’s 2018 Wildlife Aerial Survey, as reported by BBC.

The scientists involved with the survey estimated many of the elephants were killed for their tusks. The sudden rise in poaching incidents followed the disarming of Botswana’s anti-poaching unit in May.

“People did warn us of an impending poaching problem and we thought we were prepared for it,” said Dr. Mike Chase from Elephants Without Borders.

Carcasses are generally considered “fresh” when an animal is lost within the last three months. However, many of the recently discovered elephants were estimated to have been killed in the last few weeks. Five white rhinos were also found poached for their horns in the past three months, as stated in the report.

Botswana previously earned a reputation for having an unforgiving approach to poachers. This resulted in Botswana nurturing the largest elephant population within its boarders at 130,000 elephants. The landlocked country was considered a last haven for elephants in Africa.

According to tracking collar data gathered by scientists, elephants tend to stay within Botswana’s boarders for its assumed safety and despite not having fences along the country’s boarders.

The recent developments may affect the remaining elephants negatively unless the Botswana government takes action to preserve its reputation as an elephant sanctuary. The country’s tourism industry may also be affected since it is centered around its wildlife park.

The Wildlife Aerial Survey is only half-way through. Conservationists are concerned that the final tally of poached elephants will be much higher.  Alfred Bayle /ra