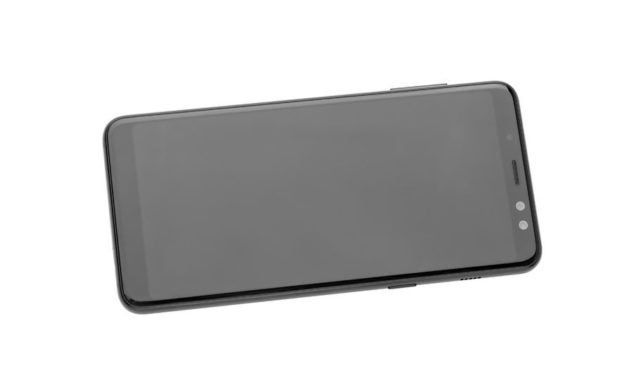 In comparison, the current Galaxy A8, which was released earlier this year, only has one camera in the back.  Image: INQUIRER.net Stock Photo

A four-camera smartphone may be up Samsung’s sleeves, which the company plans to reveal in an Oct. 11 event.

Leakster Twitter account “@SamsungMobile.News” suggested the new device would be the Galaxy A9 Star Pro (SM-A920) and have four cameras lined up from top to bottom on the left-hand backside of the phone plus a flash.

Galaxy A series devices are the South Korean phone maker’s mid-range line that threads the balance between affordability and high-end features. This described device with four cameras could give Samsung an advantage in the mid-range smartphone market.

Other details from the leaked information by @SamsungMobile.News mentioned three colors, namely Black, Blue Gradient and Pink Gradient. The device may also come with a headphone jack, fingerprint sensor, a dedicated Bixby Button and a slightly curved rear panel. 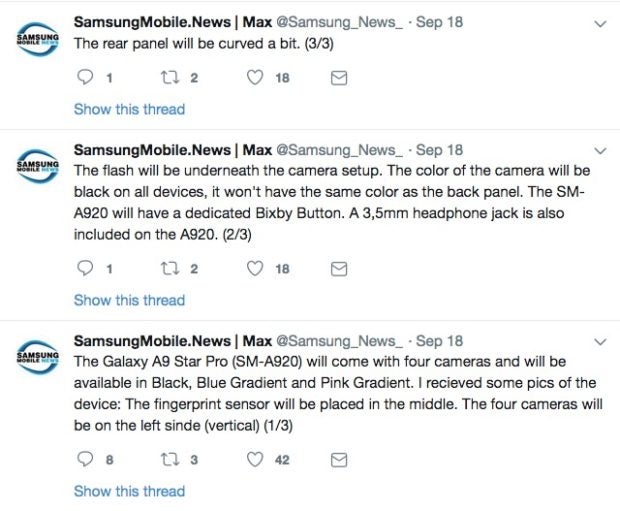 Meanwhile, Samsung itself sent out an ambiguous event invite for Oct. 11 through a Sept. 14 tweet. The tweet included a GIF image that read, “4x fun A Galaxy Event.” The colors on the “4x fun” font also flashed and alternated between a pink and blue gradient.

Whether the leaked information proves accurate will be revealed when the new Galaxy device makes its debut on Oct. 11.  /ra

Dual-screen, folding smartphone costs twice as much as iPhone X