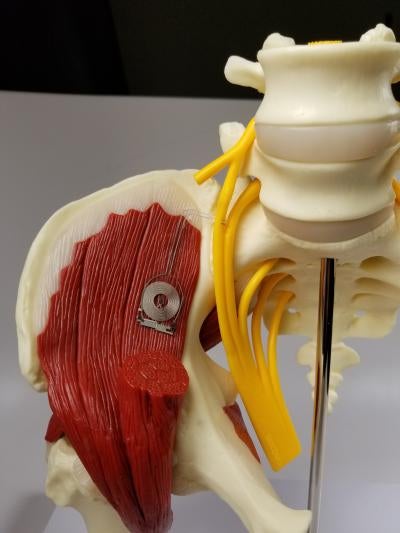 Researchers at Northwestern University and Washington University School of Medicine have developed an implant no larger than a dime and as thin as a sheet of paper that uses pulses of electricity to stimulate the regeneration of nerves.

This bioelectric medical device was tested in rats with damaged nerves in their legs. After fitting the implant, electrical pulses were administered to the damaged nerves. In a study published in the journal, “Nature Medicine,” the researchers explain that the implant is powered and controlled wirelessly via an external transmitter located outside of the body.

Note that the implant is also biodegradable, working for around two weeks before absorbing into the body. The scientists found no adverse effects relating to the device or its reabsorption.

The researchers’ findings also highlight other potential uses, including as a pacemaker. Although these new-generation devices have not been tested in humans, the scientists hope that this kind of “bioelectric medicine” could complement or one day even replace certain medical treatments or permanent implants. JB