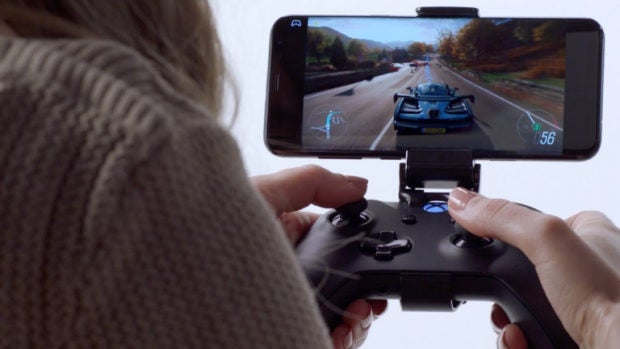 Microsoft gaming division Xbox is preparing for a life beyond consoles.

Project xCloud is to enter a public testing stage in 2019 and the technology, which sees Xbox One components installed in server data centers, is intended to allow Xbox games to be played “on any device.”

Current internal testing is being carried out on mobile phones and tablets using an Xbox Wireless Controller, while a touch input overlay is in development.

Whether traditional console rivals would be on board with that remains to be seen; the platform-agnostic game of the moment “Fortnite” compelled Sony PlayStation to relax its walled garden policy after players on mobile, Xbox, Nintendo and PC were all able to join the same matches.

Cloud gaming has become more and more viable since now-shuttered OnLive launched its set-top box in 2010.

Cloudzen and LiquidSky are among prominent providers on PC, while component manufacturer Nvidia has its GeForce Now service; Sony’s PlayStation Now is available on PlayStation 4 and PC, with an over-the-net Remote Play service connecting PC and a wider range of PlayStation consoles.

Ubisoft had already outlined its perspective on cloud gaming earlier in the year.

“There will be one more console generation [after Xbox One, PlayStation 4, Nintendo Switch] and then after that, we will be streaming, all of us,” CEO Yves Guillemot told Variety in June. KM

What kind of mysterious Surface device is Microsoft cooking up?