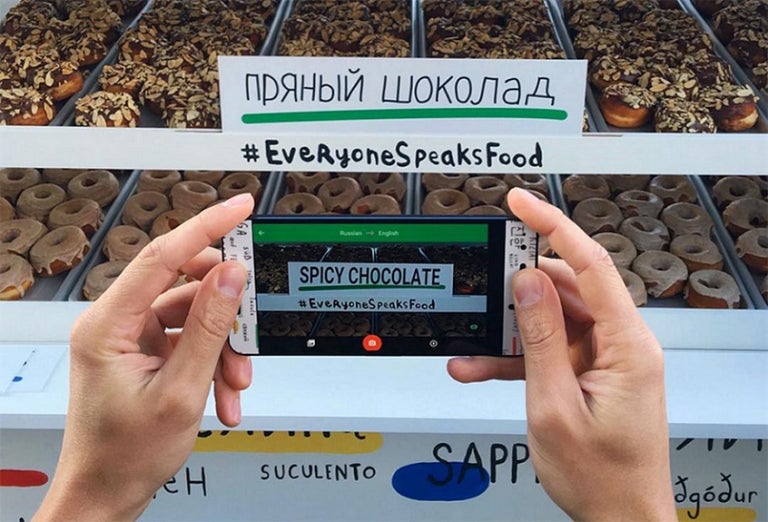 According to a spokesperson in contact with VentureBeat, the Google Translate app can now visually translate 13 more languages, including the fourth and fifth most widely spoken languages on Earth.

Since 2015, Google Translate has been able to recognize and translate the text on menus, products, and billboards, pretty much anything you can point your camera at, in real-time. The app debuted with 27 languages three years ago and, up until Monday, that number had increased to 50.

This week, that number climbed to 63, and among the 13 additional languages that joined Google Translate’s visual repertoire are Arabic, Bengali, Hindi and Punjabi; VentureBeat notes, citing Babbel, that the camera, “now knows how to recognize 4 of the top 10 most spoken languages on Earth.”

The spokesperson told VentureBeat that Google Cloud Vision API has been greatly improved to better recognize characters, and with this improvement, new datasets were trained to make sense of the written form of the new languages.

Likewise, though they won’t have the exact same capabilities, the Pixel 3 that is arriving in early November will utilize computer vision developed by Google, entitled Lens, to perform visual translations in a similar fashion.

Which is the better translator to bring with you abroad? You only have a couple weeks left to find out. If you’re not looking to upgrade your phone, though, you can download Google Translate free for on Google Play and the App Store. The update will be rolling out globally in the coming days. JB