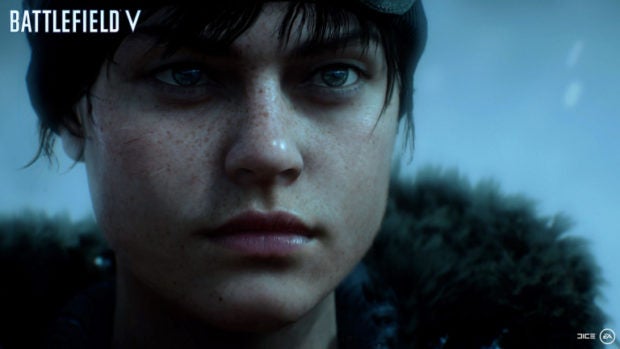 As the “Call of Duty” franchise shifts its emphasis onto multiplayer, the latest trailer for “Battlefield V” looks at some of the single-player tales spread throughout its War Stories mode.

With November’s “Battlefield V,” the “Battlefield” franchise is focusing on some of the less well-known environments of World War 2.

Its War Stories mode is inspired by historical events and players can expect to take part in these frequently overlooked but nevertheless significant aspects of the World War 2 conflict.

The trailer itself is released hot on the heels of “Call of Duty: Black Ops 4,” the franchise’s traditional rival and one that, recognizing the otherwise overwhelming popularity of the Battle Royale genre, has decided to beat its new crop of competitors by joining them.

Thus “Call of Duty: Black Ops 4” is multiplayer-oriented, forsaking the carefully choreographed solo campaign spectacle that helped establish it as an annual blockbuster, and instead presenting a Battle Royale mode called Blackout that combines elements from previous franchise entries, as well as evolutions on other legacy multiplayer modes.

“Battlefield V,” too, has its own response to the Battle Royale phenomenon, spearheaded first by “PlayerUnknown’s Battlegrounds” and then by “Fortnite,” though Firestorm will be added to “Battlefield V” at some point post-launch.

Hence its use of single-player to differentiate itself from “Black Ops 4.”

By the time “Battlefield V” launches on Nov. 20, it will be dealing with two weeks’ worth of retail momentum built up by “Red Dead Redemption 2,” a highly anticipated wild west epic that contains both solo and multiplayer modes, so expect to see the “Battlefield” franchise to focus on some of its more unique aspects as we move closer to launch. KM