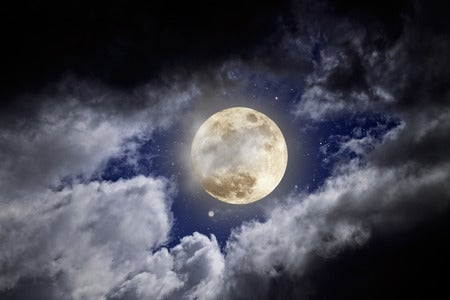 China is once again channeling science fiction in one of its most ambitious projects to date: an “artificial moon” to light up the streets of Chengdu city.

Wu Chunfeng, chairman of Chengdu Aerospace Science and Technology Microelectronics System Research Institute Co., Ltd, announced that the city will launch an illumination satellite or “artificial moon” in 2020, as reported by People’s Daily on Tuesday, Oct. 16. Wu revealed Chengdu’s plan during the national mass innovation and entrepreneurship activity held in the city on Oct. 10.

Apparently, the project was started “years ago.” Wu stated the announcement came after they had assessed that the illumination satellite has reached maturity.

The “artificial moon” will be made to accompany the real moon. Wu said the illumination satellite’s brightness is eight times that of the real moon.

The sci-fi like technology has the ability to lit up an area with a diameter of 10 to 80 kilometers as per the report. Its precise illumination range can also be controlled within “a few dozen meters.”

Since its brightness is enough to light up the streets of Chengdu, there will be no need for street lights in the city in the future.

The “artificial moon” was inspired by the imagination of an unnamed French artist, the report said. The artist imagined a necklace made of mirrors above the earth. This necklace of mirrors reflects the sun’s rays, illuminating the streets of Paris.

While the lofty project was conceptualized with the aim to help residents of Chengdu, some cannot help but think it may bring more harm than good for the city. People are concerned the “artificial moon” could have adverse effects on the daily routine of some animals as well as on astronomical observation.

The director of the Institute of Optics, School of Aerospace, Harbin Institute of Technology Kang Weimin was quick to assure people that the illumination satellite will do no such thing, the report stated. Kang said that the light emitted by the “artificial moon” will not have an adverse effect on certain animals’ daily routines as it has only a “dusk-like glow.” Kate Matriano/JB