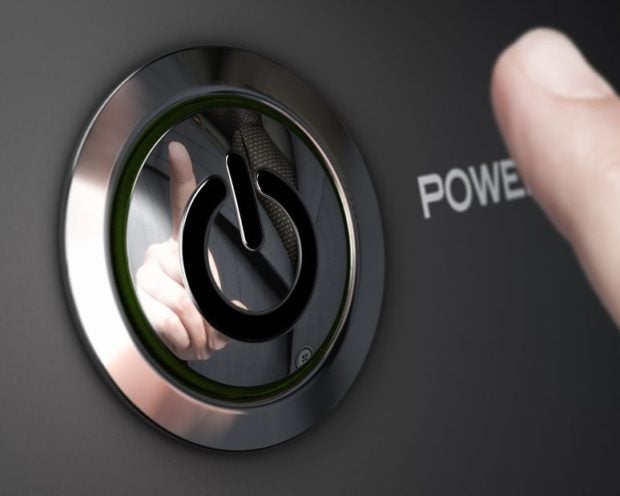 NASA thought of various ways to fix the Hubble space telescope with minimal resources spent. They found that turning off the telescope’s malfunctioning gyroscope and turning it on again worked.

On Oct. 5 one of the space telescope’s gyroscopes (gyro) started spinning too fast. Hubble has two gyros, the main and the backup, which is used to move the telescope around in space with precision. NASA encountered a problem when the backup gyro suddenly started spinning too fast. This made it impossible for Hubble to stay put in a single position to take photos of space, according to a statement.

The Hubble operations team then did a “running restart” of the malfunctioning gyro. The team turned off the gyro for one second then booted it back up right before it stopped spinning completely. They hoped the process would clear out any bugs from the system, which may have happened when the gyro was turned on for the first time after more than 7.5 years.

The first attempt didn’t go so well, so the ground team decided on Oct. 19 to cycle the gyro from high to low mode until it balanced out to the target rotation speed. This process worked and Hubble was able to move around in space properly and stay in place when needed. By Oct. 23, NASA tweeted that Hubble was back in working order. 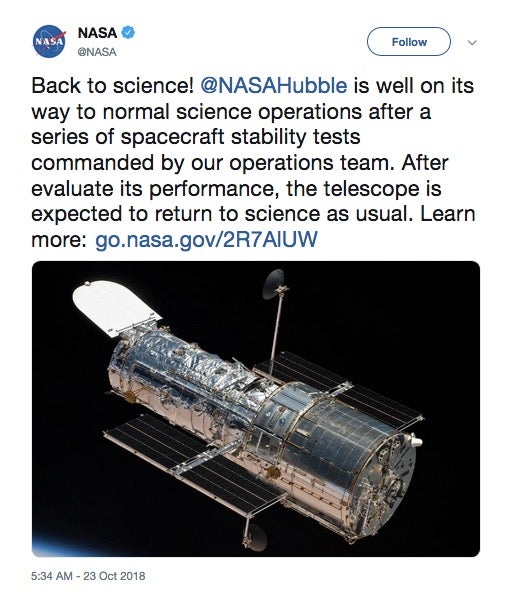 The Hubble space telescope was first carried by Space Shuttle Discovery into orbit on April 24, 1990. It is already a 28-year-old scientific instrument, so a few malfunctions here and there are to be expected. Nonetheless, the old telescope is still able to produce stunning photos of space after several upgrades, the last of which was back in 2009.  /ra