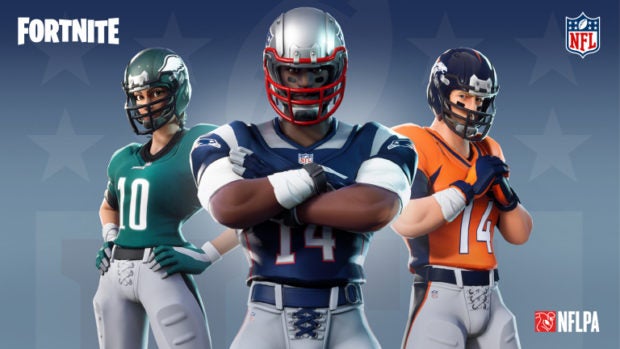 There’s already a pop-up stadium inside video game sensation “Fortnite” and now there are National Football League (NFL) jerseys to go along with it.

Digital replicas of NFL jerseys will be available to purchase within team action game “Fortnite”.

Starting on Friday, Nov. 9, 7 p.m. United States Eastern Time, players worldwide will be able to buy NFL kits from the “Fortnite” in-game shop, complete with a shirt number between one and 99 that can be altered each time a player uses the outfit.

Each of the NFL’s thirty-two franchise teams will be represented.

Epic Games and the NFL presented the crossover as a meeting of interests between the two parties.

“We see the popularity of ‘Fortnite’ every day at the NFL as many of our players are passionate about this game,” said the NFL’s chief media and business officer, Brian Rolapp.

“We have so many football fans at Epic and we know a lot of the game’s fans share that same enthusiasm,” said Epic’s Canadian-born co-founder Mark Rein.