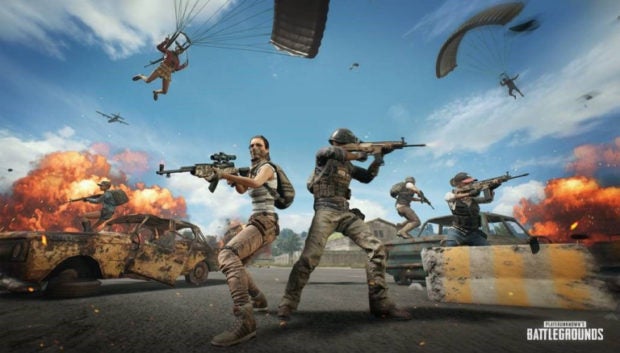 “PlayerUnknown’s Battlegrounds” (“PUBG”) appears to be heading to PlayStation 4  in December, though an official DC Comics tie-in could happen before that.

Having spearheaded the rise of a new action game genre, the last-person-standing “Battle Royale”, “PUBG” looks likely to land on PlayStation 4 by the end of the year.

The game had launched on PC in March 2017, dominating sales charts on the Steam store as a result and leading to an Xbox One edition by December 2017 and mobile editions in early 2018.

A PlayStation 4 edition had never been ruled out, and now it appears that the Xbox One version is subject to a one-year exclusivity agreement. A PSN Profiles community user had found two retail images for “PUBG” on the PlayStation servers, as per a Gematsu report on Monday, Nov. 5.

During resulting discussion on video games forum ResetEra, industry analyst Daniel Ahmad confirmed that the PlayStation 4 edition of “PUBG” would be made available in December. The release might even coincide with The Game Awards 2018, scheduled for a live broadcast on Dec. 6.

“PUBG” made its Xbox One console debut as an in-development retail title on Dec. 12, 2017.

That Xbox exclusivity may have contributed to the popularity of competitor “Fortnite” on the more widely-owned PlayStation 4 and beyond: the latter game was free, more colorful and less gory, put a more obvious emphasis on fun for non-winning players, championed cross-platform play between console, computer and mobile editions, and took pride in its collection of wild costumes and silly dances.

While our knowledge of a PS4 “PUBG” is currently informed by insider talk, a DC Comics tie-in is instead officially approved. Though “PUBG” has leaned closer to realism in terms of visual style and replica weaponry, the inclusion of Joker and Harley Quinn outfits at some point in the near future could help it counter the superhero schtick (and Marvel’s Avengers branding) associated with “Fortnite”.

Those costumes, derived from the 2016 movie “Suicide Squad”, were confirmed through social media posts to official “PUBG” accounts, though a precise release date was not announced. KM

‘Fortnite’ gunning for ‘PUBG’ in the western world