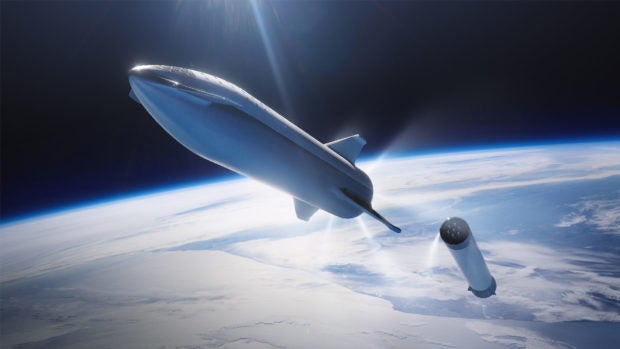 Musk tweeted his ideas today, with a brief explanation of what the new name’s meaning. His first tweet simply said he was “renaming BFR to Starship.”

The CEO then elaborated on what he envisioned the full name to be. Since the former BFR was made in two stages, he also did the same for the new name. Starship will be the spaceship/upper stage, while Super Heavy will be the rocket booster that will push Starship off the Earth’s surface and into space.

However, he did note that the upper stage technically couldn’t be called a “starship” unless it traveled to another star system. Rather, later versions of SpaceX spacecraft will be. 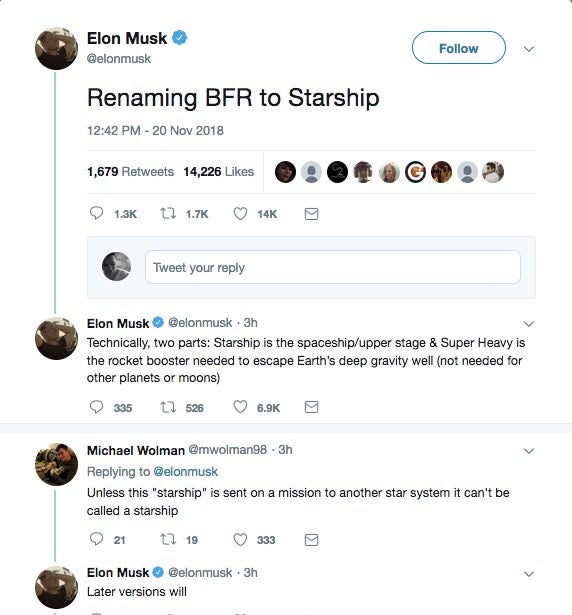 The BFR was envisioned as SpaceX’s vehicle for bringing humanity to Mars. They’ve even enlisted Japanese billionaire entrepreneur Yusaku Maezawa as its first private citizen passenger. However, the spacecraft itself has yet to be built and is still in its early stages of development.

Since the spacecraft is still technically on the drawing board, changes such as what Musk wants to call it are fair game. What matters is that the spacecraft will be built eventually, and the ambitious multi-CEO will be able to achieve his dream of colonizing Mars.  /ra