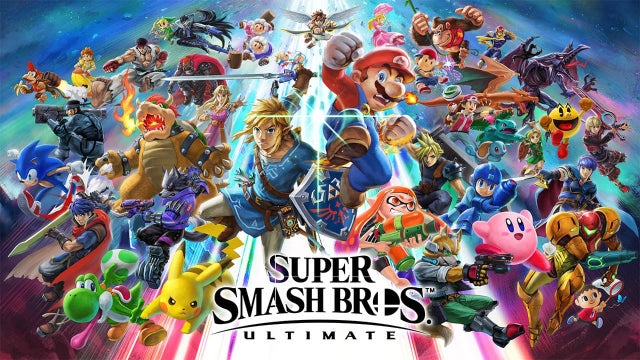 Among the video game releases set for the week of December 3-7, 2018, Nintendo launches “Super Smash Bros. Ultimate” for the Switch; action sandbox “Just Cause 4” leverages extreme weather conditions on PC, PlayStation 4 and Xbox One; while “The Witcher” series card game adventure “Thronebreaker” arrives on PS4 and XBO, and both “Path of Exile” and “PUBG” make their PS4 debuts.

Up to 8 players (32 in online tournaments) pick from 74 video game characters (most unlocked through progress) and battle against each other or AI by pummeling each other out of over 100 stages in the latest of this cherished and typically idiosyncratic franchise.

Just Cause 4
For PlayStation 4, Xbox One, Windows PC from December 4

Path of Exile
For PS4

A rather dark, very well-rated, free-to-play action game in the vein of the “Diablo” franchise that sees players wade into hordes of enemies across varied, well-realized environments. Different game modes allow for casual play, a one-life challenge and temporary special events. Character skill development is famously elaborate with numerous branching paths. Previously released on PC (2013) and Xbox One (2017.)

Thronebreaker: The Witcher Tales
For PS4, XBO from December 4

“The Witcher 3” was hailed as a high watermark in the action-adventure genre and, though that brought its trilogy to a close, this outing pivots into a card game fully blended into a narrative quest. Well-received upon its early November PC release.

PlayerUnknown’s Battlegrounds
For PS4 from December 7

Having spearheaded the last-person-standing Battle Royale genre, “PUBG” committed to a year’s exclusivity on Xbox One (PC and free mobile editions remained available). With rival “Fortnite” now well established, it arrives on PlayStation 4.