China launches pioneering mission to far side of moon 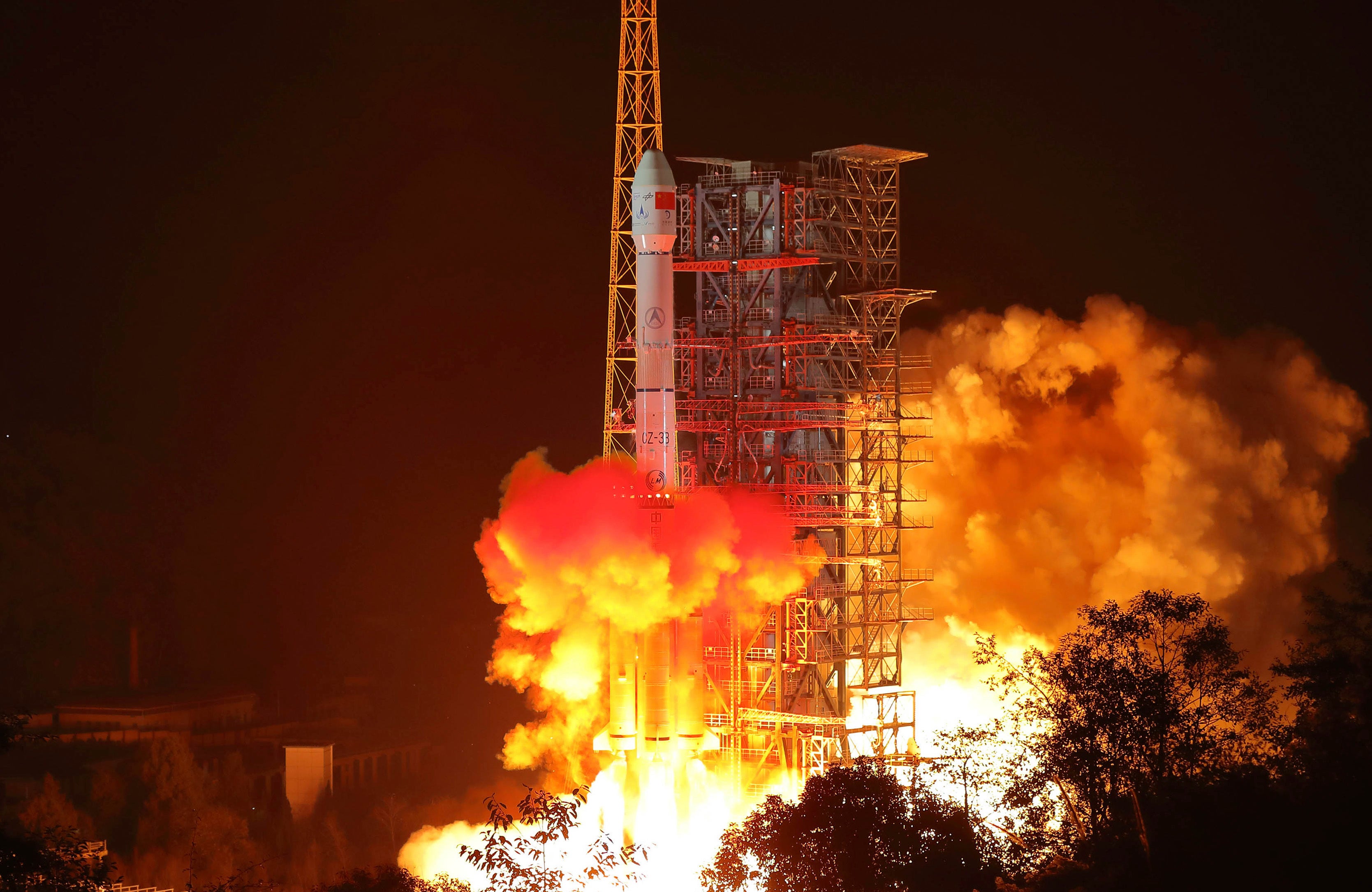 In this photo released by Xinhua News Agency, the Chang’e 4 lunar probe launches from the the Xichang Satellite Launch Center in southwest China’s Sichuan Province, Saturday, Dec. 8, 2018. China launched a ground-breaking mission Saturday to soft-land a spacecraft on the largely unexplored far side of the moon, demonstrating its growing ambitions as a space power to rival Russia, the European Union and U.S. (Jiang Hongjing/Xinhua via AP)

BEIJING  — China launched a ground-breaking mission Saturday to land a spacecraft on the largely unexplored far side of the moon, demonstrating its growing ambitions as a space power to rival Russia, the European Union and the U.S.

A Long March 3B rocket carrying a lunar probe blasted off at 2:23 a.m. from the Xichang Satellite Launch Center in Sichuan Province in southwestern China, the official Xinhua News Agency said.

With its Chang’e 4 mission, China hopes to be the first country to make a soft landing, which is a landing of a spacecraft during which no serious damage is incurred. The moon’s far side is also known as the dark side because it faces away from Earth and remains comparatively unknown. It has a different composition than sites on the near side, where previous missions have landed.

If successful, the mission would propel the Chinese space program to a leading position in one of the most important areas of lunar exploration.

China landed its Yutu, or “Jade Rabbit,” rover on the moon five years ago and plans to send its Chang’e 5 probe there next year and have it return to Earth with samples — the first time that will have been done since 1976. A crewed lunar mission is also under consideration.

Chang’e 4 is also a lander-rover combination and will explore both above and below the lunar surface after arriving at the South Pole-Aitken basin’s Von Karman crater following a 27-day journey.

It will also perform radio-astronomical studies that, because the far side always faces away from Earth, will be “free from interference from our planet’s ionosphere, human-made radio frequencies and auroral radiation noise,” space industry expert Leonard David wrote on the website Space.com.

It may also carry plant seeds and silkworm eggs, according to Xinhua.

Chang’e is the goddess of the moon in Chinese mythology.

China conducted its first crewed space mission in 2003, making it only the third country after Russia and the U.S. to do so. It has put a pair of space stations into orbit, one of which is still operating as a precursor to a more than 60-ton station that is due to come online in 2022. The launch of a Mars rover is planned for the mid-2020s.

To facilitate communication between controllers on Earth and the Chang’e 4 mission, China in May launched a relay satellite named Queqiao, or “Magpie Bridge,” after an ancient Chinese folk tale.

China’s space program has benefited from cooperation with Russia and European nations, although it was excluded from the 420-ton International Space Station, mainly due to U.S. legislation barring such cooperation amid concerns over its strong military connections. Its program also suffered a rare setback last year with the failed launch of its Long March 5 rocket./muf