What burned on Filipinos’ minds this year so much that they consulted a search engine? 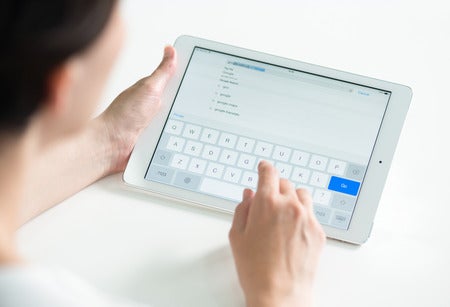 According to Google, battle royale computer game “Rules of Survival”, lotto results and Meghan Markle were some of the hot topics in the country.

In terms of overall trending searches, Filipino gamers ruled with “Rules of Survival”, MemoryHackers and Hot Shot Gamers making up three of the top five searches. The latter two are cheating mechanisms used in “Rules of Survival”.

“Hayaan Mo Sila” was a trending search in the weeks from Jan. 14 to Jan. 27. The music video was removed from YouTube and Spotify days prior to the surge in searches due to a copyright issue. Ex Battalion became a top search too among male personalities, peaking at the same time as the search for their song lyrics.

Top news topics that were searched for were lotto results, DFA online appointment, the state of the nation address (SONA), Typhoon Ompong and the Mayon volcano.

Searches for lotto results peaked at the week of Oct. 7 to 13 when the Ultra Lotto 6/58 jackpot prize amounted to over P1.1 billion. Two winners were finally announced on Oct. 14.

The most-searched events were sports, with the NBA Playoffs making it to the top followed by the World Cup, then the NBA Finals in third. “Pacquiao vs Mattysse” followed at fourth and the Asian Games in fifth.

Queen reigned among Filipinos with the movie “Bohemian Rhapsody” — besides staying for weeks in theaters since its Oct. 31 premiere, it was the most-searched movie and late vocalist Freddie Mercury the top-searched male personality of the year.

On TV, “Meteor Garden” once again captured Filipinos’ hearts as the top-searched TV show. There was a lot of love too for Dylan Wang who portrayed Dao Ming Si in the 2018 remake; he earned the second spot among male personality searches.

Among female personalities, Meghan Markle ruled, with searches for her peaking at her May wedding with Prince Harry. News of her engagement to Justin Bieber got Hailey Baldwin trending in July and the ranking of third most-searched female personality.

South Korean girl group Momoland earned many new Filipino fans this year, getting the fourth spot in searches for female personalities. Nancy from Momoland drew attention and searches when she was compared to actress Liza Soberano in April.

Dictionary.com chooses ‘misinformation’ as word of the year