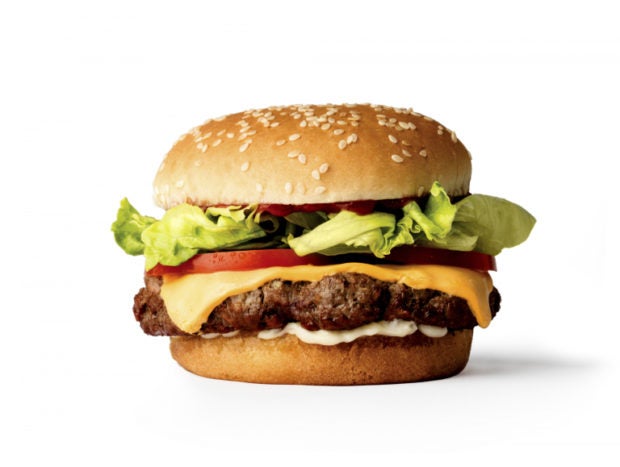 A “next-generation” plant-based faux burger has been hailed as the best technological innovation at CES 2019 by two independent tastemakers in the industry, Digital Trends and Engadget.

To describe the wins as a big coup for Impossible Burger would be an understatement.

Impossible Burger’s attendance at the world’s biggest consumer electronics conference this year marked the first time ever that a food product was given an exhibit at the show.  And experts and editors at Digital Trends and Engadget independently named the revamped meatless burger their favorite product launch this year.

Though Impossible Burger has been on the market since 2016, the product was given a recipe makeover and showcased as the version 2.0 at CES: The newest version contains no gluten, animal hormones or antibiotics, and is kosher and halal-certified.

The updated burger also has as much iron and protein as ground beef.

Engadget editors heaped a trio of awards on the Impossible Burger 2.0, including Most Unexpected Product, Most Impactful Product and Best of the Best Award. Likewise, Digital Trends named the product their Top Tech Winner this year.

“By shrinking the flavor gap between real meat and fake meat, Impossible is making it easier for everyone to make more environmentally conscious food choices, and that’s a big deal,” said Digital Trends’ Drew Prindle, emerging tech editor in a statement.

“Animal agriculture is the number one cause of environmental destruction in the world, so reducing humanity’s consumption and cultivation of meat is arguably one of the most effective ways that we can combat climate change,” Prindle added.

The Impossible Burger is sold at more than 5,000 locations in the United States, including burger chains like Umami Burger, Bareburger and Wahlburgers. White Castle becomes the first fast-food chain to debut the newest recipe at restaurants in Las Vegas.

Product rival Beyond Meat, also a plant-based faux meat, is sold at A&W restaurants across Canada and at retailers like TGI Fridays, Target and Safeway in the U.S. KM

Scientists develop artificial booze to help save the planet